You are at:Home»News»1,400 U.S CITIES THREATENED BY SEA LEVEL RISE 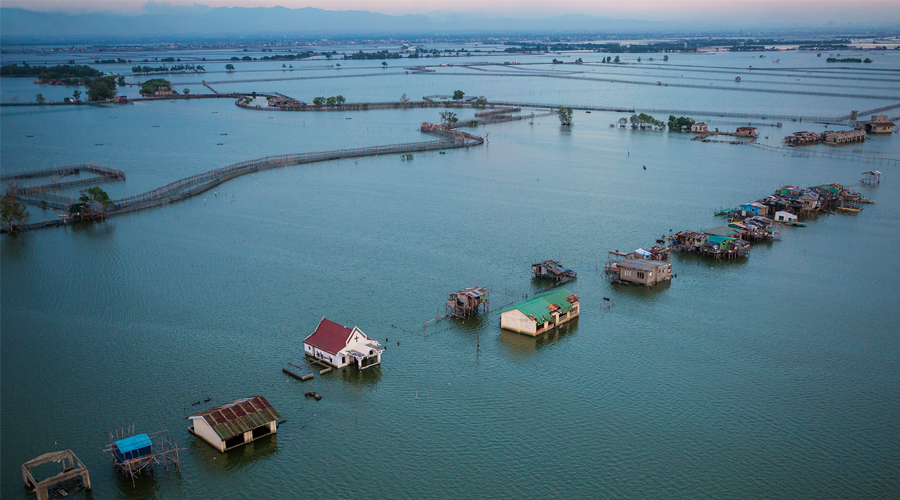 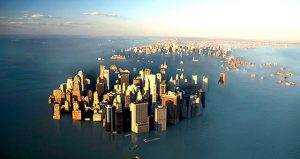 According to a new analysis of sea-level rise released on Monday, a rise in sea levels threatens the viability of more than 1,400 U.S. cities and towns, including Jacksonville, Miami, and Virginia Beach, unless there are deep cuts in greenhouse gas emissions.

Past emissions have locked in four feet of future sea-level rise that will submerge parts of 316 municipalities, however the timing of this rise is not yet clear and could take hundreds of years. If global warming continues at its present rate through the year 2100, at least an additional 1,100 cities and towns will be mostly under water at the high tide in the far off future.

The study appears in the Proceedings of the National Academy of Sciences. Author Benjamin Strauss, a scientist at Climate Central, a non-profit, non-advocacy research group based out of Princeton, N.J., says:

Strauss adds that these sea levels are much higher than what’s predicted this century – usually 1 to 4 feet – because climate change multiplies their impact over hundreds of years. He also says that many people have the mistaken idea that if greenhouse gas emissions stop, the issue of sea levels rising will go away, but it won’t, he says, because carbon dioxide stays in the atmosphere for centuries. This also contributes to two factors that raise sea levels – higher temperatures and the loss of Greenland and Antarctic ice sheets.

To determine the U.S. cities at risk, Strauss looked at elevation data and 2010 Census population figures. He then blended that with a finding published last month in a PNAS paper that each degree Fahrenheit of global warming translates to 4.2 feet of sea-level rise in the long run (as long as two milleniums). 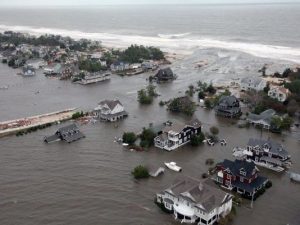 Strauss’ analysis indicates taht 3.6 million Americans live in the 316 municipalities that are already considered at risk. These include Atlantic City, New Orleans, Miami Beach, and Fort Lauderdale. Half of their populations live below the future high tide level that prior emissions have already locked in. Florida is the most vulnerable state, with Louisiana, New Jersey, and North Carolina also facing enormous difficulties. More than 100 cities in each of these states could be threatened.

He warns that tragedy can be avoided or limited with deep global pollution cuts followed by technology that sucks CO2 from the atmosphere.