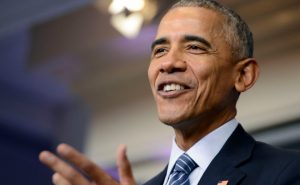 While Barack Obama’s connection with the Association of Community Organizations for Reform Now (ACORN) has not gone entirely unreported, it has not been fully explained. Most media background pieces simply note Obama’s involvement in a 1995 lawsuit on behalf of ACORN. Obama’s own website, as well as most major media, fail to reveal the full depth and extent of his relationship with the organization.

Attempts to hide evidence of Obama’s involvement with ACORN have included wiping the web clean of potentially damaging articles that had appeared and were previously publicly accessible. Unfortunately, those behind the attempted cover-up failed to realize that in today’s day and age, nothing disappears forever. There also exists another layer of the web, the hidden web, which is full of information included in proprietary scholarly databases where these very same “missing” articles can be easily uncovered.

Fact: Barack was never an ACORN trainer and never worked for ACORN in any other capacity.

Is that really a FACT, or just another lie? Let’s take a look at a quote from a 2004 article – Case Study: Chicago- The Barack Obama Campaign – written by Toni Foulkes, a Chicago ACORN Leader, which was published in the journal Social Policy. Did we mention that Social Policy recently pulled this particular article from their website, while leaving links to all other articles up?

“Obama took the case, known as ACORN vs. Edgar (the name of the Republican governor at the time) and we won. Obama then went on to run a voter registration project with Project VOTE in 1992 that made it possible for Carol Moseley Braun to win the Senate that year. Project VOTE delivered 50,000 newly registered voters in that campaign (ACORN delivered about 5,000 of them).

Since then, we have invited Obama to our leadership training sessions to run the session on power every year, and, as a result, many of our newly developing leaders got to know him before he ever ran for office. Thus it was natural for many of us to be active volunteers in his first campaign for STate Senate and then his failed bid for U.S. Congress in 1996. By the time he ran for U.S. Senate, we were old friends.”

Not only does Foulkes boast of Obama’s ACORN leadership training, but also makes it clear that Obama’s post-law school organizing of “Project VOTE” in 1992 was undertaken in direct partnership with ACORN. The tie between Project VOTE and ACORN is also something that Obama and others have attempted to disprove in recent weeks as ACORN has come under fire for allegations of voter registration fraud.

As recently as March 2008, the Los Angeles Times also made reference to Barack Obama’s involvement with ACORN:

“At the time, Talbot worked at the social action group ACORN and initially considered Obama a competitor. But she became so impressed with his work that she invited him to help train her staff.” (LA Times, March 2, 2008)

All this information was easily pulled up with minimal time investment. It took less than thirty minutes to find, despite attempts by some to bury the truth. If I could find this with little effort, imagine what could be dug up with a serious, in-depth investigation. Scary, isn’t it?

Nevertheless, Barack Obama’s campaign website continues to lie and deny the truth about his involvement and association with ACORN. No matter how many times you say it, it does not make it true. The facts do not lie, Senator Obama. It’s time to come clean and tell the truth, and it’s time for the American people to demand it.