You are at:Home»Best Dating Apps for Adults

The dating culture sure has changed a lot since the early sites promised meeting wholesome people for a lifetime of love, happiness, and joy.  With the easily accessible dating apps at the tip of our mobile phones, the market for dating apps has changed the way we have encounters – whether they are casual – or intended to be long-term.

The latest in a long line of “swipe apps” where one can simply view photos of someone and somehow instantly decide if there is compatibility are referred to as “adult dating apps.”  While some of these sites still have actual online websites where people can login and interact with one another, some are simply mobile based dating apps.  This highly unique, unconventional way of meeting people is intended for casual encounters, flings, no strings attached sex, and other lifestyle decisions that our parents probably didn’t experience.  Society has changed, and the way people are embracing having flings with one another certainly is as well. 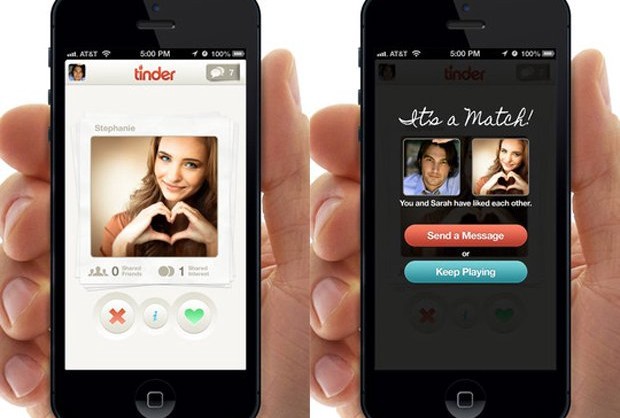 Tinder was one of the original “Swipe apps.”

As an investigative reporter, I’m not one to say that hook ups didn’t happen decades ago.  As long as we are humans, we are, well, human!  However, the rise of hook up apps in society has made finding others we are attracted to a virtual cinch.  One swipe, one press of a button, and one like back or press of a button back, and we’re all of a sudden ready to throw each other around on a bed and “wrestle” for an hour.  (Or five minutes.)

Sometimes it’s the sheer allure of “getting some strange,” that gets people excited to unleash their inner deviant.  For others, it’s the discretion of having their sexual fantasies remain between two trusting individuals.  For others, it’s a way to get sex without the hassle of dating and acting like you actually care about the person you just spent $200 on food for!

Once I got past the sighting of complete pervs who clearly have no care about playing show and tell with strangers in a web based environment, I started in-boxing real people who were receptive to talking about a meet up.  Sure, there were some strangers along the way who were a little too aggressive for me to entertain communicating with, but for the most part, the people on these adult dating apps were approachable, respectful, and some were even shy!

(This works anywhere, though I’ve only tried this out in Cleveland.  Can’t wait to hit some other markets.)

When you think of the reality of how we meet people for casual encounters, it’s really hard to get a hook up, even if you are an attractive person.  When you peruse bars looking for that special someone who fits your criteria, how direct can you really be with them? And who is to say you find someone when you are on one of those rare nights when you are actually able to follow through with your desires?  The process of finding a sexual partner these days in the real world has become a chore.  It’s become a time suck, a cash suck, and more or less, a JOB.

Friends of mine who I’ve shared these hook up apps with have also mentioned to me that it’s hard for them to express their true feelings with someone in person. I totally get that, and when you are messaging someone’s profile pics over an app, it doesn’t feel as deviant and you don’t have to look them in the eye.  From what I’ve heard from the few people I’ve met (more on that later) on the other end, they share the same sentiment.

Why Do Adult Dating Apps Work So Well?

For me, they entirely get rid of the fear of being shot down.  They also help alleviate anxiety.  What if the guy I’m flirting with isn’t into me?  What if he’s with some people that night that won’t approve of him trying to hook up?  Using a sex dating app lets people be themselves, without interference.  These applications and websites for adults are platforms for communication where conversation can lead to exploring fantasies.  Most of the apps even have sections for people who are into different lifestyle choices, such as:

It’s all there out in the open. You can explore new fantasies or you can stick with what you know.  You can even do video chats and engage in cyber sex, if that’s your cup of tea.  Having the ability to be anonymous throughout this entire process and even going as far as using a fake name means you can sort of tip toe in if you aren’t looking to expose your public life.

Personal information isn’t really a must, you just need an email address to sign up.  I created a throw away Yahoo! account and was off to the races in no time looking for guys that may be my next good time.  If you want to give out more data on yourself, there are often sections which have check boxes for sexual needs and desires, and some of the best hook up apps will even match you up with people near you that share those same traits!

When you look at a mainstream relationship, you need to be compatible.  When you look at an adult oriented sexual relationship, you need to have sexual chemistry. When you log in to these apps, you won’t see people talking about marriage, but you’ll see them talking about what turns them on.  To me, that’s a new, exciting thing that I’ll be honest, I was scared of, but as someone fresh out of a long relationship, I was sort of in need of.  (Or so I found out later.)
And this totally isn’t to say that you may meet someone on a site like this that you end up dating and enjoy spending time with.  In fact, many of the men I messaged asked to meet for a drink first, to make sure I was fit (since I claim to be) and hygienic.
When you sign up for adult dating apps, you have entered a world of possibly meeting someone who could be a partner on your terms.  A casual date and drink can lead to the best one night stand you’ve ever had, or it can lead to much more.  Maybe you just had a dry spell and want to let loose.  Maybe you just want something different.   There is no wrong answer when it comes to meeting people through dating apps.
So without further ado, here is a list of the best dating apps where adults can meet for hook-ups.

The Only Adult Dating Apps You Need to Know About

The first one I ever had success with was Fling.com.

The reasons I like this sex app is the fact that it was not only the first hook up app I ever used, but also the one with the largest user base that actually messaged me back with real intent on meeting up.

Some of the features you’ll find on this site include:

To me, there were just many more legit profiles on this site compared to the other sites in the space.  The amount of interaction I had from men was overwhelming, but I have to admit, I enjoyed it.

I will say that if you are a woman joining, be strong and upfront – don’t let men treat you like an object, unless that’s your thing, of course.  If you are a man, I’m positive you’ll love this site because it’s the only genuine option where there is a two way street of women and men with a mutual interest in sex with a large database, at that.

Another one I really had fun with was SnapSext.com.

Another one that was solid was Meet Locals.

After that, there were a few that got me a few hits here and there, but I didn’t end up having any encounters with anyone, so I can’t say that they were anything of a success.  For now, I’m going to enjoy being single (heyyyy) and mingle around with these two apps.  Does that make me a slut?  I wouldn’t say so, I think that after being in a very long relationship, it’s natural to not want to have the old ball and chain tying me down for the time being.

For now, I’m doing to have fun with these apps.  Don’t hate, participate!