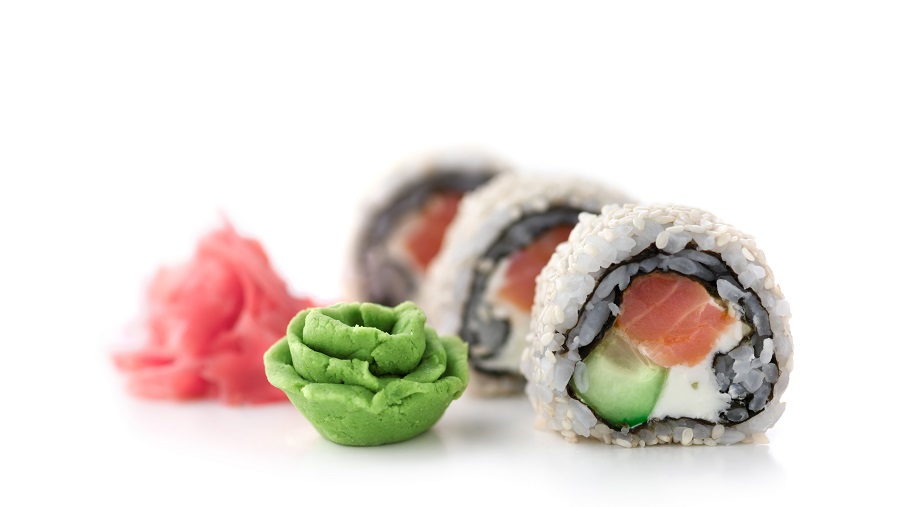 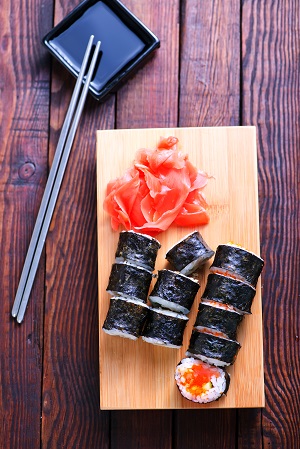 When most people think of Cleveland and food, many images come to mind. Pizza, pierogies, corned beef, Italian, gyros, polish boys, steak and seafood. Sushi on the other hand would not be a first choice if you were asked what types of food Cleveland is well known for. Despite the well-documented and widespread comeback Cleveland is enjoying, it would be a stretch to imagine Cleveland being a mecca for sushi lovers. The truth is that Cleveland has some of the best sushi restaurants in the United States. After sampling sushi in New York City, Hawaii, California, Florida, Washington DC and Chicago, Mike and I can say with confidence that the sushi in Cleveland holds its own with all of these cities and surpasses many of them.

We have bounced around Cleveland and surrounding areas in search of the best sushi. After consuming tons of ginger, wasabi and countless rolls of sushi, we were able to select the elite sushi-based establishments and restaurants that serve it. You can find sushi all over town and many of your better grocery stores sell fresh sushi daily. As with all things food in Cleveland, the places that are on the list are a cut above and the competition was intense. Now if you feel your favorite place was left off, blame Mike and then send us an email. We will check out your restaurant and consider adding it in our next piece. 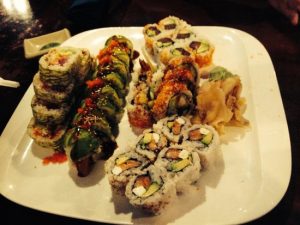 One of the premiere asian restaurants in the city, Pacific East has a dazzling lineup of sushi and sashimi rolls. If you are a new sushi eater, Pacific East is an excellent place to begin your love affair with sushi. This is due to the variety and the quality of their food. Some of the most popular selections include the Negi Hamachi Roll, Green Dragon Roll, Philadelphia Roll, Bomb Roll, Empire Roll, King and Queen for Four and the Tricolor Sashimi Roll.

If you insist on having hand cut sushi served in traditional and non-traditonal ways, Sushi 86 would be my recommendation. One key factor that has fueled their rise in Cleveland is the relative affordability of their menu. If you want to spend a pretty penny on sushi, you can. On the other hand, if you are on a budget, there are many entrees that are affordable for most Clevelanders. Some of the stand out items on the menu include the Jala-B-Thy Roll, Danny’s BLT, the Chirashi Plate, California Maki Lunch Plate, 3-Way Reverse Cowgirl and Gomoku.

One of the most popular restaurants in Ohio, TOMO is an experience that is simply breath-taking. With 5 levels of food and entertainment, Clevelanders have epic weekends without seeing the majority of the restaurant and club. That being said, the sushi is top notch. Be sure to bring someone to sift through all of the different sushi and sashimi rolls TOMO has to offer as their listing is ungodly. A handful of area favorites are the Love Boat, the Maggie Roll, Norway Roll, Supernova Maki, Tina Roll, Godzilla Roll and the Cleveland Roll.

Before you even think about opening a restaurant in the Tremont Area, you better make sure your food and your venue is impeccable. The collection of restaurants in Tremont are locally and nationally recognized. No matter the genre, only the elite consider opening up shop here and only the special succeed here. That being said, Parallax is one of the top restaurants in Ohio if not the midwest. A Zack Bruell owned establishment, Parallax’s asian seafood fusion format has been a roaring hit. Some of the most requested sushi options are the Zumaigani, Crabstick, Unavo, Green Dragon and the Rainbow Roll. 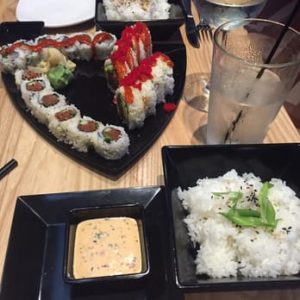 Identifying good restaurants is very challenging these days. With pizza the older the menu, the better the pizza has been a reliable method. Another tried and true way of picking a good place to eat is longevity. One method that has been highly UNRELIABLE is the restaurant’s website. Some of the best places in town do not have a website at all. Others have very basic sites that one of their children or grandchildren designed just to have one.

If the website is high quality, that can be deceiving as many newcomers tend to invest a ton of money in their marketing and the food and service is bogus. Voodoo Tuna is the pink unicorn as their website is one of the best I have seen and their sushi is one of the best in the region. They have awards to prove it such as Best in the West, Silver Spoon and The Cleveland Hot List winner. Some featured entrees are the Lakewood Roll, Jamaican Bacon, Red Devil and the Rise and Shine.

For many moons, Shuhei has been the cream of the crop when it comes to asian restaurants in Cleveland. With a worldwide following that includes politicians, athletes, movie stars and corporate titans, it should be assumed that their sushi is pretty good. While other places have a larger offering of sushi, Shuhei makes up in quality what others have in quanity. When you stop in, please try the Edomae, Hand Roll Heaven, Tekka Donburi or the Sushi Omakase.

Located in Historic Shaker Square, SASA has been one of Cleveland’s most celebrated and award winning restaurants for the last decade. Being a pioneer of the “Izakaya” style dining in Cleveland, SASA has been able to build and maintain a robust following. Some of the most enjoyed dishes include the SASA Fire Roll, Vietnamese roll, Fire Island, Zen Garden Roll, Snow Mountain Roll and the Tiger Roll.