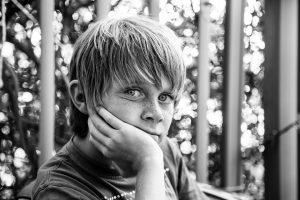 According to a new analysis to be published in the International Journal of Epidemiology in April, there is a possible link between boredom and an early death. Researchers at the University College London concluded that boredom could be a symptom of other risky behavior.
Researchers Annie Britton and Martin Shipley examined surveys completed between 1985 and 1988 of 7,500 London civil servants aged 35 to 55. What they found was that those who were bored at work during the previous month were two and a half times more likely to die of a heart problem than those who were actually interested in their jobs.
Britton and Shipley concluded that while boredom itself won’t kill you, it could lead to other unhealthy habits such as drinking, smoking and drug use, and their findings apply only to the chronically bored. They said:

“The state of boredom is almost certainly a proxy for other risk factors. It is likely that those who were bored were also in poor health.”

Share. Twitter Facebook Google+ Pinterest LinkedIn Tumblr Email
Previous ArticleDisney Will End Agreement with Netflix and Offer New Streaming Services
Next Article Coulier Comes Clean: He Admits to Being the Muse Behind Alanis Morissette’s ‘You Ought to Know’