You are at:Home»Entertainment»Cleveland Air Show 2019 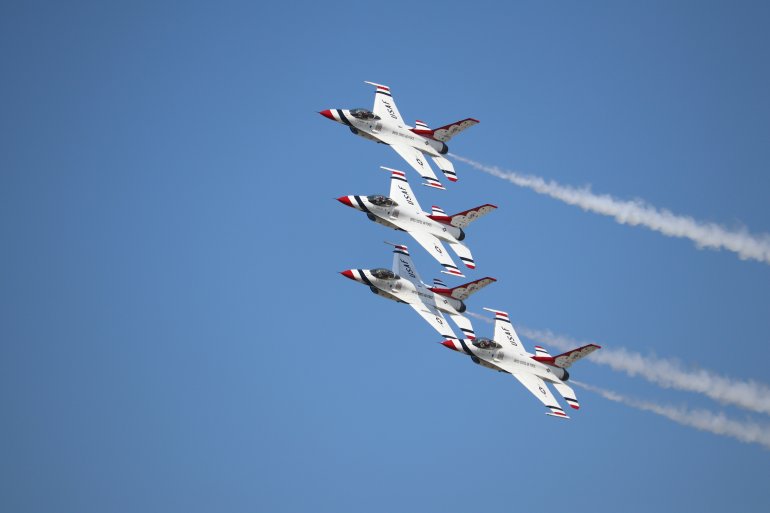 The Cleveland National Air Show is scheduled again for Labor Day weekend in 2019.  The dates are September 1-

3 and takes place at the Burke Lakefront Airport.  The 2019 show will feature the US Navy Blue Angels.  They are always a crowd favorite with their amazing choreographed show.

The Cleveland Air Show has been a local tradition for many generations. Every year Clevelanders spend their Labor Day Weekend watching some of the world’s best pilots pull death-defying feats of aeronautical wizardry in vintage planes and state-of-the-art jets.

The Cleveland Air Show and the famed Cleveland Air race has a rich history that is substantial in American Flight. Since the first Air Race held in 1929, The Air Races and Shows held in Cleveland has shattered records and remains an integral part of the fabric of Northeast Ohio. W. R. Hopkins, Cleveland City Manager with the support of the Cleveland Chamber of Commerce, numerous business leaders and military arms helped make the first air show a blazing success.

Over 300,000 people attended the 10-day extravaganza that was filled with contests, races, parades and parties throughout the city. The races were held at the Hopkins Airport, which at the time was one the nation’s largest airports. Unlike many Air Shows held across the country, Cleveland’s Air Race made a nice profit of $90,000 that year. The Cleveland Air Races continued in spite of The Great Depression and World War II until 1949 when tragedy struck as Bill Odam crashed into a Berea home killing himself, a young mother and son.

This along with reduced budgets from the military contributed to the end of the races. The Cleveland Air Show returned with the help of George Steinbrenner and The Port of Cleveland Director Noel Painchaud in 1964. Since its return, The Cleveland Air Show has had many key moments. Some include hosting the first baton pass between wingwalkers, the 1991 Soviet MiG-29 Friendship Tour, The late Senator and Astronaut John Glenn served as Grand Marshall in 1977 and 1986, winning the 2014 Blue Angel Air Show of the Year Award and in 2016 was the first civilian air show to feature the F-22 and the F-35 in a Heritage Flight.

There are many wonderful sites associated with The Cleveland Air Show that fans can visit year round. Marjorie Rosenbaum Aviation Plaza, for example, is a dazzling tribute to Cleveland’s monumental contribution to American Aviation. First opened in 1997, Aviation Plaza has 18 pedestals honoring numerous pilots, performers and classic airplanes that reflect the abundant legacy of the Air Show and Cleveland Flight. 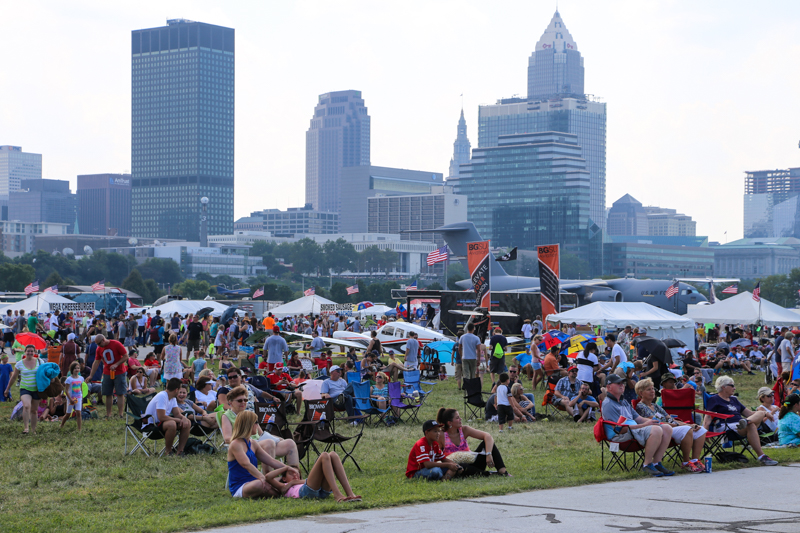 Some of the legends recognized are Amelia Earheart, Jimmy Doolite and Charles Lindbergh. In the center of the plaza is a memorial that gives tribute to 32 Air Show performers. Some Aviation titans that are honored include Patty Wagstaff and Bob Hoover. Two McDonnell-Douglas F-4 Phantom Jets are displayed on pedestals and have the vintage paint schemes that the US Thunderbirds and Blue Angel had in 1964. The Cleveland Air Show continues to attract and maintain a large and diverse collection of sponsors and partners that help this iconic event happen year after year. The Cleveland Air Show Foundation has scholarships available to students who wish to have a career in flight. If you are looking for something exciting and educational for you and the family to partake in during the holiday weekend, The Cleveland Air Show is a great option.