First Energy Stadium is a multi-purpose stadium located on the shores of Lake Erie in Cleveland, Ohio. It is currently the home of the National Football League’s (NFL) Cleveland Browns. 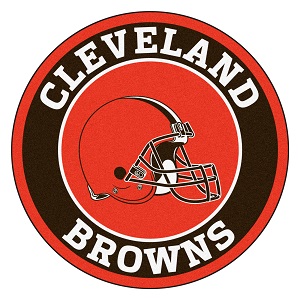 The stadium originally was called “Cleveland Browns Stadium” from its start in 1999 through 2013 and cost $283 million for the city to build. Construction on the stadium started May 15, 1997.

Cleveland Browns Stadium, now First Energy Stadium, opened its gates to the public on September 12, 1999, for the Browns’ 1999 season-opening game against rival Pittsburgh Steelers. The Browns would lose their first game back since 1995 by the score of 43 to 0.

First Energy Stadium sits on the land of the now-torn-down Cleveland Municipal Stadium which hosted Major League Baseball games for the Cleveland Indians and NFL games for the Browns from 1931 to 1996.

The land that First Energy Stadium sits on is adjacent to the Great Lakes Science Center as well as the Rock ‘n’ Roll Hall of Fame.

First Energy Stadium has been host to numerous events including high school and NCAA Division 1 football games as well as concerts and a few soccer matches as well.

The first concert played at the stadium was the George Strait Music Festival which headlines with Tim McGraw, Martina McBride, Kenny Chesney, LeeAnn Womack, Asleep at the Wheel and of course George Strait.

From 2007 through 2009, First Energy Stadium played host to the ‘Patriot Bowl’ which included a team from the NCAA Division 1 Mid-American Conference going up against a Power Five Conference team such as Ohio State University or the University of Wisconsin.

In 2017, the home of the Cleveland Browns hosted the United States Men’s National Soccer Team (USMNT) in the CONCACAF 2017 Gold Cup. Four teams would face against each other in the small tournament. The US would beat Nicaragua by a score of 3-0 while Panama would take down Martinique by the same score.

The 2013 calendar year brought mighty changes to the ‘newer’ stadium after the purchase of the Cleveland Browns by Tennessee businessman Jimmy Haslam III.

Haslam III and First Energy CEO Tony Alexander agreed on a 17-year long-term naming rights partnership which would change the name of Cleveland Browns Stadium to First Energy Stadium for the remainder of its 30-year lease with the city. The deal agreed upon was $6 million per year which amounted to a 17-year deal worth $102 million.

Taking advantage of the new-found naming rights deal, Haslam III announced a two-phase renovation project which would cost the Browns owner $120 million to re-boot the stadium.

Among the renovations was the addition of their 40-foot by 192-foot video board which is the equivalent of 645 60 inch HD TVs.

In addition to the video board, an increase in lower bowl seating was implemented as well as improvements to concessions, club and suite spaces and in-stadium connectivity to its stadium-wide WiFi.

Since moving to their new stadium, the Browns have not seen much success holding a 53-97 (.353) home record.

Due to the lack of success by the Browns, the accolade of being the all-time leader for most wins in the stadium by a quarterback is held by Pittsburgh Steelers quarterback Ben Roethlisberger who, with the Steelers 2017 opening weekend win against the Browns, has won 11 games in the stadium. Prior to the start of the 2017 season, the record was owned by former Browns quarterback Derek Anderson with 10 wins.

First Energy Stadium is one of two stadiums in the NFL that has not seen a playoff football game. The other is U.S. Bank Stadium, the home of the Minnesota Vikings, which opened its gates at the start of the 2016 NFL season.