You are at:Home»News»Cleveland Clinic Announces It Will Close Huron Hospital Trauma Center 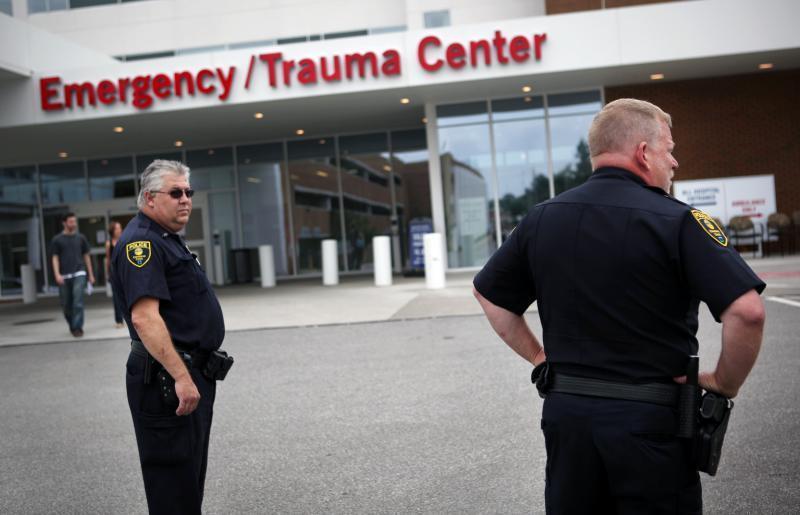 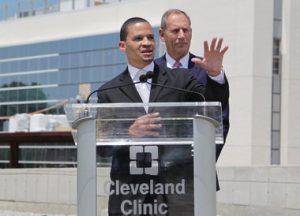 The Cleveland Clinic announced that it will close the Huron Hospital trauma center in early 2011. Officials say the it will be replaced by a new community health center in October 2011.

Area councilman are up in arms at losing the specialty care facility will Mike Polensek releasing a press release that stated:

Residents in Cleveland’s eastern communities in need of a trauma center took comfort in knowing the difference between life and death was only minutes away, after an announcement today by the Cleveland Clinic to close the trauma center at Huron Hospital in East Cleveland, this is no longer the case.

“If you are in need of a specialized emergency care and live in the eastern neighborhoods of Cleveland it will take you 20-25 minutes to be transported to MetroHealth Hospital,” said Councilman Michael D. Polensek. “And that’s in good weather. In bad weather, they might as well as take you to the morgue. This move will have an adverse effect on Cleveland EMS response times to the eastern neighborhoods as they will need to travel further to reach MetroHealth or Hillcrest, thereby taking additional units out of service.”

“The Cleveland Clinic prides itself on offering world class medical services, however, when it comes to Cleveland’s east side, they do not find it necessary to offer special emergency medical care to those in the inner city. Residents living in the suburbs are benefiting from the Clinic’s consolidation and this is a disinvestment to Cleveland’s eastern neighborhoods and older, inner-ring suburban neighbors.”

Hospital officials cite a number of reasons including better technology and newer facilities at other suburban Clinic hospitals and difficulties in attracting staff to work at Huron Hospital. The emergency room at Huron Hospital will remain open.

Councilman Jeff Johnson responded today to the announcement by saying:

The Cleveland Clinic that it will close the Adult Level 2 Trauma Center at Huron Hospital located in the City of East Cleveland. Councilman Johnson questions the decision and the reasons given for the proposed early 2011 closing. He believes:

(1) The residents from his ward (Glenville & St. Clair – Superior area), other residents from Cleveland’s eastside, and the City of East Cleveland will be more at risk for serious health problems or possible death with the increase length of time to travel to Hillcrest Hospital or MetroHealth Medical Center following a serious injury. For example, the average travel time to Huron Hospital from the Glenville neighborhood is 10 minutes. Travel time to Hillcrest Hospital is 24 minutes. It will take 18 minutes to travel to MetroHealth.

(2) The Cleveland Clinic decision is a Health Care disinvestment in the two urban cities in the area of Trauma Care. This decision reduces the overall community benefit created by an earlier decision to build a Health Center at Huron Hospital.

(1) Is The Cleveland Clinic shifting the Adult Level 2 Trauma care and cost burden from Huron Hospital to MetroHealth Medical Center given the shorter distance to the latter Hospital compared to Hillcrest Hospital? Is this actually what they hope to happen rather than have the emergency cases go to Hillcrest Hospital?

(2) Was the decision to invest millions of dollars in expanding Hillcrest Hospital’s Adult Emergency Department, including an additional 30,000 square feet and state-of-the-art life-saving equipment for its Level 2 Trauma center, done to service a more affluent population in the eastern suburbs while leaving the disproportionately poor neighborhoods of East Cleveland and Cleveland’s eastside to go to MetroHealth Hospital?

(3) Is this decision an attempt by The Cleveland Clinic to lessen its involvement with the most expensive future emergency patient cases going to Huron Hospital who are more likely to be uninsured, underinsured or on Medicaid?

“The reasons given for this decision are misleading. The change will not provide better patient care for Cleveland residents. It will reduce timely access to care for their serious injuries, and thereby, put their lives at risk. The other excuses given by The Cleveland Clinic –an inability to recruit staff and reduced trauma cases — are directly connected to the lack of commitment to invest in expanding Huron Hospital’s Adult Level 2 Trauma services, said Johnson.”