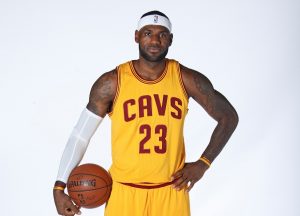 Only in Cleveland: disgruntled Cavaliers basketball fans have purchased a large billboard near Lebron James’ home in Akron. Less than a month ago, the stretch of Ohio spanning Cleveland to Akron was filled with billboards begging James’ to stay in Cleveland, but after he announced his decision to head to Miami on national TV, fans are no longer feeling the love.
One local marketing company is now hoping to make sure that James knows that he may be welcome in Akron, where he was born and raised, but that he’s no longer “home.”

The billboard reads: “Welcome Home LeBron,”with a big red ‘X’ over “home”. The second line of the billboard poses a question: “How does it feel to be a sidekick?,” which is a nice reference to his decision to join Dwayne Wade with the Miami Heat. Lastly, the message ends with “Go Cleveland!” in gold lettering.

The billboard, which was purchased by the Omada Group in Akron for $3,000, will be up for about a month. It is located on Route 18 between I-71 and I-77 two miles from James’ home in Bath. James is scheduled to return to the area next weekend for his annual bike-a-thon charity event and may very likely pass the billboard on the ride from Cleveland-Hopkins Int’l Airport to his home.