You are at:Home»Sports»The Cleveland Gladiators 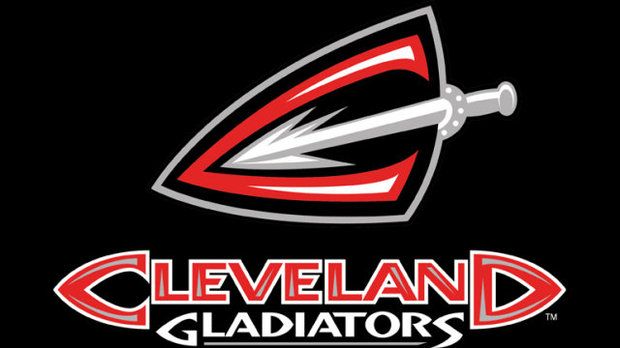 The Cleveland Gladiators play in the Arena Football League(AFL). Originally formed in New Jersey as the New Jersey Red Dogs, The Gladiators moved to Cleveland in 2008. They play their home games at Quicken Loans Arena, which is also home to the 2016 NBA World Champion Cleveland Cavaliers and 2016 AHL Champion Lake Erie Monsters.

Since coming to Cleveland, the Gladiators have made the playoffs 6 out of the 9 seasons they have played(2009 season suspended) and had an appearance in the ArenaBowl in 2014. The Gladiators have been a value for family fun and entertainment as well as a fix for football junkies who can’t wait for preseason NFL action and College Football.

Team History In 1997 The New Jersey Red Dogs were formed in East Rutherford, NJ. The ownership group included former NFL players Harry Carson, Joe Morris and Harry Carson. The name “Red Dogs” came from the sponsors of the team the Miller Brewing Company who made Red Dog Beer. The team made the playoffs in 1997 and 1998. In 2000. the team was sold to Miami Lawyer Jim Ferraro, who changed the name of the team to the Gladiators. In 2003 Ferraro moved the team to Las Vegas where they stayed until 2007. 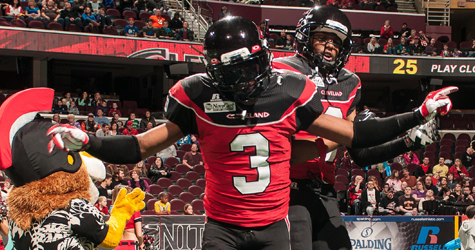 The Gladiators then moved to Cleveland where they currently are now. Cleveland football legend Bernie Kosar was made Team president and minority owner. Under Kosar’s leadership, the Gladiators made the playoffs in 2008 and made an appearance in the Conference Championship Game.

If you want to have your child’s birthday party with the Gladiators, the Dippin Dots Birthday Bash is for you. You and your group will receive tickets to the game, food and refreshments, scoreboard recognition and Cleveland Gladiators Fatheads for everyone in your group. If you want to have the best seats, the Gladiators Tailgate Zone is where you want to be. VIP tables include tickets to the game, parking and all-inclusive beer, wine and food for you and your guests.

The Gladiator Football Alliance Membership grants you season tickets, team jersey and access to to the Meet the Team Party. Summary The Cleveland Gladiators in addition to being competitive every year, have a rich history and plenty of options for its fans young and old. It is one of the best values in family fun in the city.