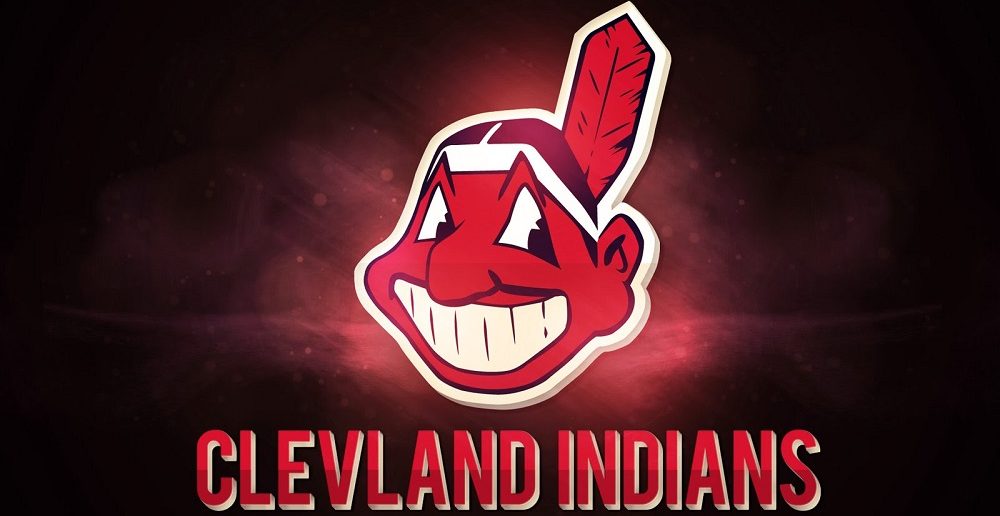 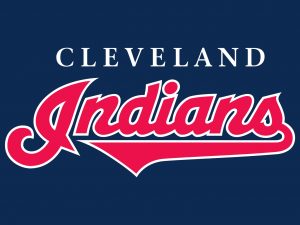 The Cleveland Indians a professional Major League Baseball team that resides in Cleveland, Ohio. They currently play their game at Progressive Field in Downtown Cleveland and are placed the American League Central Division.

Cleveland started as a Minor League Baseball team based in Grand Rapids, Michigan and went by the nickname “Grand Rapids Rustlers.”

The nickname sprouted from a newspaper contest that allowed fans to rename the team. How did they come up with Naps? In 1901, then Philadelphia Phillies and A’s second-baseman Napoleon “Nap” Lajoie was traded to Cleveland, who offered Lajoie a salary of $25,00 over three years. He was a fan favorite and his popularity eventually gave the team their new name.

After 1914, Lajoie, a then 40-year old player, left the team. This left Cleveland scrambling for a new nickname. The team decided to ask local baseball writers to come up with a brand-new nickname for their Cleveland franchise.

It was then that the name “Indians” came about after the writers agreed to name the team after Louis Sockalexis, a Native American player that played for the Cleveland Spiders for the last three years of the 1800s. 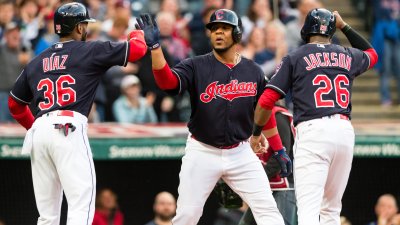 The Indians had success almost immediately, winning the World Series in 1920 thanks in-part to the Black Sox Scandal which included eight Black Sox players being suspended with just three games to go, and in the middle of a neck-and-neck race for the pennant with Cleveland.

Cleveland went on to win the pennant and the Series against the Brooklyn Robins, five games to two.

For the better part of the next three decades, the Indians would struggle. All the players that contributed to the 1920 title were either losing the

battle against Father Time, or retired from the game completely, and with the rise of Babe Ruth and the New York Yankees, there wasn’t much room for winning.

It wasn’t until 17-year old Bob Feller entered the picture, joining the Indians in 1936 that things would start to look up.

Feller would go on to lead the league in strikeouts from 1938-1941 while setting multiple team and league records along the way.

But it wasn’t until 1948, that Feller and the rest of the Indians were able to re-claim the pennant, and rise to Major League superiority once again.

Two of the biggest achievements of the 1940s for the Indians came under new owner Bill Veeck, who owned the team from 1946-1949.

The first was Veeck becoming the second owner in Major League history and the first in American League history to sign a player from the Negro League. In 1947, Veeck did just that signing Larry Doby, 11 weeks after Jackie Robinson signed with the Brooklyn Dodgers.

The second achievement was moving the Indians from small, lightless League Park to the newly created, massive Cleveland Municipal Stadium which they had already been playing, but now it was permanent.

After 1954, their last American League Pennant win up until 1995, the team struggles mightily.

It was during that span that the “Curse of Rocky Colavito” was born after then manager Frank “Trader” Lane traded fan favorite Rocky Colavito to the Detroit Tigers in exchange for the reigning AL batting champion Harvey Kuenn just before the 1960 Opening Day.

Kuenn only played one season in Cleveland before getting moved to San Francisco in another one of Lane’s trades.

“The Curse of Rocky Colavito” became to be a real curse amongst Indians fans due to a 33-year playoff drought, that occurred right after the Colavito trade. Managing only one third-place finish in 1968, the Indians spent the rest of the 32 years in either fourth or fifth place.

Attendance was low throughout the decades which lead to whacky promotions.

In 1974, the infamous “Ten Cent Beer Night” took play against the Texas Rangers, which ended in a forfeit due to a fan-incited riot.

The 1980s however had one glowing spot instead of one 10 Cent memory. The second perfect game in Indians history was throw in May 1981 by starting pitcher Len Barker, who joined Addie Joss as the only Indians to do so.

In 1994, the Tribe would leave the now, old Municipal Stadium and move to the brand new Jacobs Field, named after then-owner Dick Jacobs.

With John Hart playing the General Manager role throughout the 1990s, the Indians started to look to a professional baseball team again, and were well on their way to ending the 33-year drought.

After acquiring catcher Sandy Alomar Jr and Carlos Baerga in a trade that would send outfielder Joe Carter to the San Diego Padres in 1989, they knew they were on to something.

Hart continued pressing his magic buttons hiring former Indian Mike Hargrove as manager as well as acquiring Kenny Lofton from the Houston Astros in 1991 and shortstop Omar Vizquel from the Seattle Mariners in 1993.

Cleveland had something now, putting together a 100-44 record before the strike-shortened 1994 season ended. But they still knew they had something thanks to the veteran leadership of Orel Hershiser, Eddie Murray and Dennis Martinez while still staying young with guys like Vizquel, Albert Belle and Jim Thome.

1995 marked the end of the pennant drought, their first since 1954. But the Tribe would lose to the “team of the ‘90s” in the Atlanta Braves, four games to two.

1997, the Indians returned to the World Series only to be defeated in seven games by the hands of the Florida Marlins, after a blown save in the bottom of the ninth by closer Jose Mesa, and an 11th inning walk-off hit by Marlins shortstop, Edgar Renteria.

The team would be dismantled throughout the next four seasons as players reached free agency or otherwise and another Cleveland rebuild was on its way.

The Indians failed to make the playoffs from 2002-2006 but fixed that with an American League Central Division title in 2007 where they would go on to lose to the Boston Red Sox four games to three after leading the Sox three games to one going into the fifth game.

In 2013 the team hired former Red Sox manager, Terry Francona as their manager and in his first year, led them to a wild-card berth, which they lost to the Tampa Bay Rays.

After decent seasons through 2014 and 2015, Cleveland reached the World Series once more after last making it 19 years prior.

Cleveland would go onto lose the series to the Chicago Cubs four games to three after leading the series three games to one going into the fifth game.

The 2016 season did include a then-franchise record for longest win streak in franchise history with 14 straight wins. That would be broken the following year with an astonishing 22 game win streak.

Cleveland led into the 2017 season with high expectations, which for them was new. They lived up to their regular season expectations putting together a 102-60 record accomplishing only the third 100-win season in franchise history.

After going up two games to none on the New York Yankees in the American League Divisional Series, Cleveland’s season abruptly came to an end as the Yankees swept the final three games, moving on to the Championship Series.

Cleveland, until 2008, held the record for most consecutive sell-outs setting the mark at 455 games spanning from June 12,1995 to April 4, 2001. It is now held by the Boston Red Sox but the number 455 was retired by the Indians organization, honoring the fans.

When people walk into now Progressive Field, which was changed from Jacobs Field in 2007, fans expect one thing, the sound of John Adams drum. Adams originated as a normal fan and became an icon thanks to his endless drumming in rally situations since 1973. He is the only fan in which the Indians have created a bobble head for.