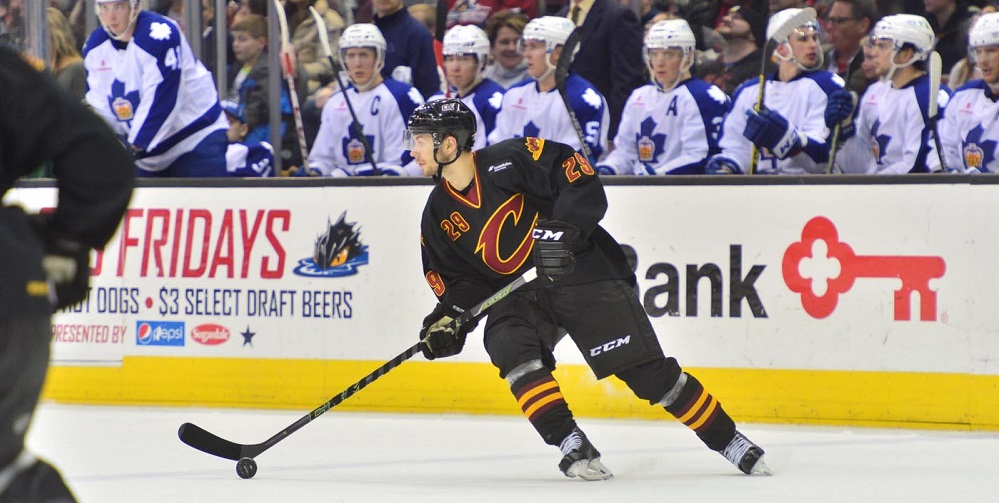 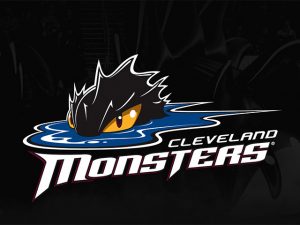 The Monsters currently play in the Western conference, placed in the Central Division.

Cleveland’s history runs back to only 2006 after a Cleveland ownership group, led by Dan Gilbert, purchased the dormant Utah Grizzlies. At the time of the purchase, the Monsters were the direct affiliate of the NHL’s Colorado Avalanche.

Cleveland does not retain nor recognize any history affiliated with the former Utah Grizzlies franchise and promotes the franchise as being berthed in 2007.

It was announced on January 25, 2007 that the team would officially be called the Lake Erie Monsters.

The nick-name ‘Monsters’ was inspired by the local folklore of ‘Bessie’, a cow-like monster that is believed to had lived in a Lorain, Ohio, terrorizing farmer’s cows as early as 1894. The monster was eventually chased into the Black River where it was believed to grow gills that allowed it to become a sea creature due to the toxic waters due to the near-by steel mill. It is believed to now reside in Lake Erie.

On April 17, 2015, the Monsters organization agreed to leave the Avalanche family and become the direct affiliate of the Columbus Blue Jackets. Due to the geographical advantages of having an affiliate team in Columbus, Ohio than Colorado, it was a no-brainer for both sides.

One year later, on June 11, 2016, the then Lake Erie Monsters captured their first Calder Cup Championship in franchise history after taking down the Hershey Bears, the Washington Capitals direct affiliate, four games to none after right wingman Oliver Bjorkstrand scored the winning goal in overtime of the series-clinching Game Four.

Cleveland’s championship was well celebrated around the city and it took to new heights as the Cleveland Cavaliers, Cleveland National Basketball Association (NBA) team, won the NBA Finals in seven games only a week later.

The Monsters championship celebration was paired with the Cavaliers as well as Cleveland native Stipe Miocic who took home the heavyweight Ultimate Fighting Championship (UFC) title belt in May of 2016. The three teams combined to throw the alleged largest championship parade in US history with 1.3 million Clevelanders attending. 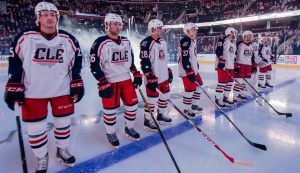 Not even two months after the championship win, the organization decided to call themselves the Cleveland Monsters, replacing Lake Erie for a homier, Cleveland.

Previously in Cleveland’s hockey history, they’ve held multiple teams and nicknames. From 1929 to 1936 the Indians/Falcons called Cleveland home in the International Hockey League (IHL.) After the 1935-1936 season, Cleveland moved to the AHL, changing their nickname to the Barons from 1936-1973 collecting nine Calder Cup championships during their span.

From 1972-1976 the Cleveland Crusaders called ‘The Land’ home after the World Hockey Association (WHL) had made a strong case to be the competing league to the NHL and started expanding.

After the Crusaders run was over, Cleveland formed an NHL team, reclaiming their nickname the ‘Barons,’ but only lasted in the NHL for three years from 1976-1978. The Barons would return to Cleveland in 2001 and last until 2006, playing in the AHL as an affiliate of the San Jose Sharks.

Cleveland held an IHL team in the form of the Cleveland Lumberjacks but once again saw their hockey team leave town.