You are at:Home»Entertainment»Cleveland Museum of Natural History 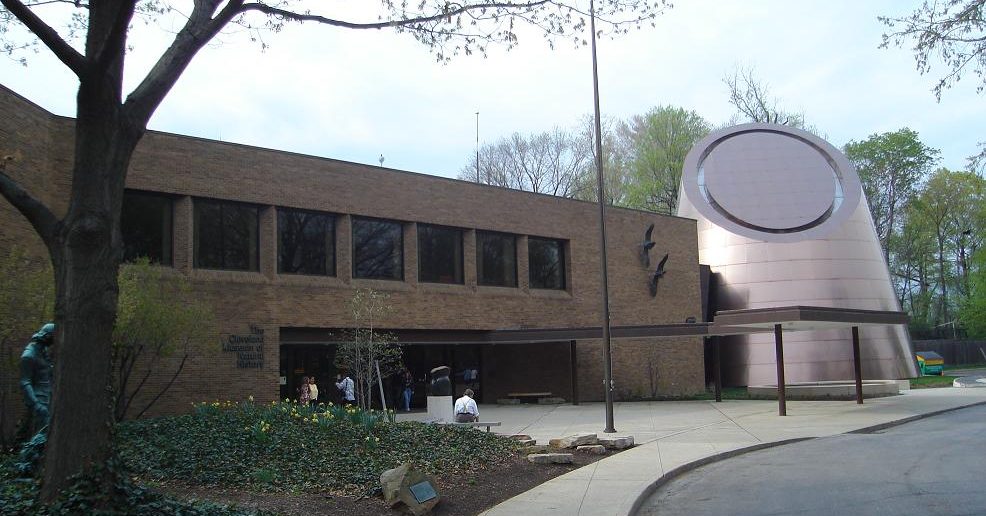 For almost 100 years the Cleveland Museum of Natural History has been educating and entertaining Clevelanders with its exhibits and programming in the many areas of science.  From its humble beginnings at “The Ark”  due to the animal specimens stored in a 2-room iron structure at Public Square in the 1830’s to the new facility recently opened at University Circle, the Cleveland Museum of Natural History has remained one of America’s oldest and most respected institutions which was officially founded in 1920.

The Women’s Committee has been raising money and promotion of the Museum since 1940.  The Kirtlandia Society has been a key supporter of the research goals of the Museum since 1976 and is named after Jared P. Kirtland who founded the Cleveland Academy of Natural Sciences.  The Trout Club has been at the forefront of educating people on ecology and awareness of cold water fisheries and habitats.

They have programming for residents who seek to learn more about fly fishing, angling and have many outings.  Some other clubs include The Guild of Nature Artists, the Cleveland Geological Society and the Micromineral Society.

The Cleveland Museum of Natural Science has been recognized as a  worldwide leader and is the largest museum of its kind in the State of Ohio.  With over five million specimens and artifacts it is a top 10 facility.  The Museum has 12 areas of focus which are Vertebrae Zoology, Vertebrae Paleontology, Physical Anthropology, Paleobotany and Paleoecology, Ornithology; which is the study of bird biology, Natural Areas, Mineralogy, Invertebrae Zoology, Invertebrae Paleontology, Human Health and Evolutionary Medicine, Botany and Archaeology.

The GreenCityBlueLake Institute is the Museum’s Center of Sustainability.  They are spearheading the Museum’s efforts to find solutions for increased development of ecological efficient cities.   The curators museum-wide have and continue to embark on high level research that is highly regarded by their scholastic peers.

The Cleveland Museum of Natural History is approaching its 100th anniversary.  This is a landmark achievement and the Museum is sparing no expense.  The Museum is in the midst of a $150M transformation and expansion.  As of Summer 2016 three projects have been finished, the Perkins Wildlife Center and Woods Garden, a 3 story attached parking garage and the Sears Garden.

In addition to adding over 70,000 square to the existing space, the Museum is making the facility more green with environmentally sound upgrades throughout the building and surrounding areas. The Museum will remain open to the public for the duration of the campaign.

The Cleveland Museum of Natural History is going through some exciting times right now and if worth the trip for the entire family.

See more Fun Things To Do In Cleveland Ohio.