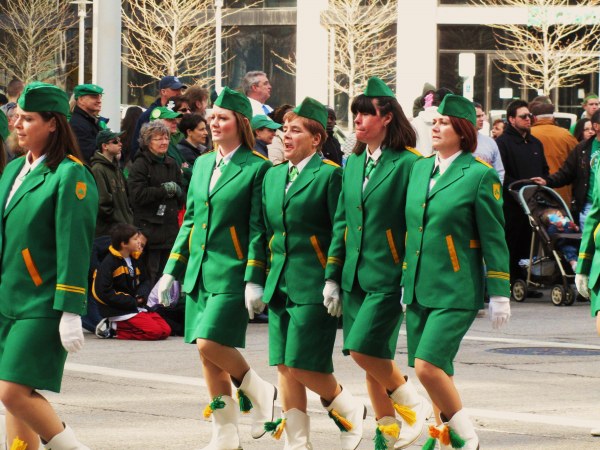 The Cleveland St. Patrick’s Parade is one of if not the largest parade and celebration the City of Cleveland holds every March.  This event is also one of the city’s oldest as we recently celebrated its 175th anniversary March 2017.  Over 25 organizations come together each year to organize what some say is one of America’s largest St. Patrick’s Parades. This is a testament to the strength and dedication of the Irish-American Community in Cleveland which has always been one of America’s finest.

Thousands participate in the parade and revelry Downtown Cleveland every year.  St. Patrick’s Day is a very important day for Catholics, particularly Irish Catholics and has been for hundreds of years. Believe it or not, There is no charge to the entry fee for the parade.  It is however highly appreciated if you make a financial donation to the parade. The theme of the 2019 parade is “Prominent Irish Pioneers of the 20th Century” and the organizers are poised for another great showing for the St. Patrick’s Day Parade  March 2019.

History and Legend of St. Patrick

St. Patrick remains one of the most revered saints in Catholicism.  Kidnapped and held in slavery by the Druids, St. Patrick escaped at the age of 20 after dedicating his life to God while in bondage.  He then studied and became a priest where his lifelong mission was to bring the gospel to Ireland.  Legend says he successfully converted one of the Druid chiefs and was able to win souls to Christ by using the shamrock to explain the Trinity.

His ministry lasted for 40 years and he was buried in Saul, which is the site of his first church.  Some popular stories about St. Patrick include him running the snakes out or Ireland, his walking stick turning into a tree and communication Irish Ancestors. Ironically, St. Patrick according to many sources has not been officially canonized, however, St. Patrick is in the List of Saints and is arguably the best-known saint to the general public.

The St. Patrick Day Parade in addition to being known as a time of celebration, is a great opportunity to raise funds for many Irish-American charities.  Some include the Ancient Order of the Hibernians, McNeely Library Foundation, Irish Northern Aid Committee, Mayo Society of Greater Cleveland, Irish-American Charitable Foundation and the Cleveland Irish Cultural Festival.

The Cleveland St. Patrick’s Day Parade has been a unifying event for all Clevelanders for most of the city’s history.  I along with thousands have been introduced to Irish-American culture which is a lot more than green beer, shamrocks and corned beef, even though many residents enjoy irresponsible amounts of all three every March 17. “Erin Go Brah!”