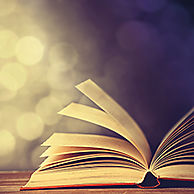 John Edwards admitted to having an affair with former campaign staffer Rielle Hunter earlier this year on television, but one thing he did not admit to was being the father of her infant child. Hunter has to date kept the identity of the father concealed, but early on another former Edwards’ staffer – Andrew Young – claimed that he was the father, and not Edwards. Few people believed Young’s claims, and it was later rumored the he was paid to house Hunter for about eight months. Now, Young is said to be shopping around a tell-all book that promises to expose all of the nitty, gritty details of the sex scandal that was originally reported on by the National Enquirer.
Young is said to be telling editors that he feels betrayed by the once-friendly Edwards family. Represented by David McCormick at McCormick Williams, Young began shopping a book to New York publishers last week. According to his proposal, the book would chronicle his long friendship with the Edwards family, his attempts at helping Edwards by taking pregnant Hunter into his home to live with him (along with his wife Cherie and three kids), and the fallout when the press and Elizabeth Edwards find out about the plan.
Included in the 20-page proposal are photos of Edwards with Hunter’s child, which he is said to be the father of. The space for “father” on the baby’s birth certificate was left blank, and no DNA tests have been performed to date.
Editors who saw the proposal say that Young went a long with the plan for an undisclosed sum of money, taking in Hunter for eight months. He was helped by the now-deceased Fred Baron, who admitted to paying to move the Youngs and Hunter to Santa Barbara, CA. Young genuinely wanted to help his friend. However when the National Enquirer outed Edwards and Elizabeth became aware of their financial arrangement, and Young voiced his concerns, he was cut off and has had virtually no contact with the Edwards family since.
Young told those editors that he has met with that is reputation is in tatters, and that he wishes to “set the record straight.” He views himself as a victim of both the Edwards family and the press.
Thus far, no one has picked up Young’s book, which one editor estimates could bring in $1 million. Some say that publishers won’t touch it because it is unseemly and because of public sympathy for Elizabeth Edwards. Offending Elizabeth or not, with the print industry facing the dire economics that they are, some publishing house will pick up this book, especially with the profit potential that such national scandals have.
Previous related stories:
Dec. 2007 –
John Edwards Allegedly Had Secret Affair & Fathered a Child with Rielle Hunter
July 2008 –
John Edwards Affair & Lovechild Allegations Resurface, This Time He Was Caught Red-Handed
August 6, 2008 –
National Enquirer Finally Releases John Edwards Lovechild Photos
August 8, 2008 –
John Edwards Admits to Having an Affair
August 9, 2008 –
Video: John Edwards on ABC’s “NightLine” Interview Admitting Adultery
August 9, 2008 –
Rielle Hunter’s Family Calls on John Edwards to Take Paternity Test
August 9, 2008 –
Dallas Attorney Admits to Paying Edwards’ Mistress
August 10, 2008 –
Edwards’ Mistress Will Not Have a Paternity Test, Inaccuracies in Edwards’ Claims Arise
August 13, 2008 –
The National Enquirer Exposes More of John Edwards’ Lies
August 14, 2008 –
Edwards’ Wife Stuck with Him for the Sake of the Kids
August 15, 2008 –
National Enquirer: More Dirt on Edwards to Come
September 18, 2008 –
Elizabeth Edwards Speaks Out About Her Husband’s Affair
April 5, 2009 – Federal Grand Jury Investigating John Edwards Possible Misuse of Campaign Funds to Pay Off Mistress
May 8, 2009 – John Edwards’ Mistress Now Demanding DNA Paternity Test