You are at:Home»Business»Craigslist Cleveland Ohio 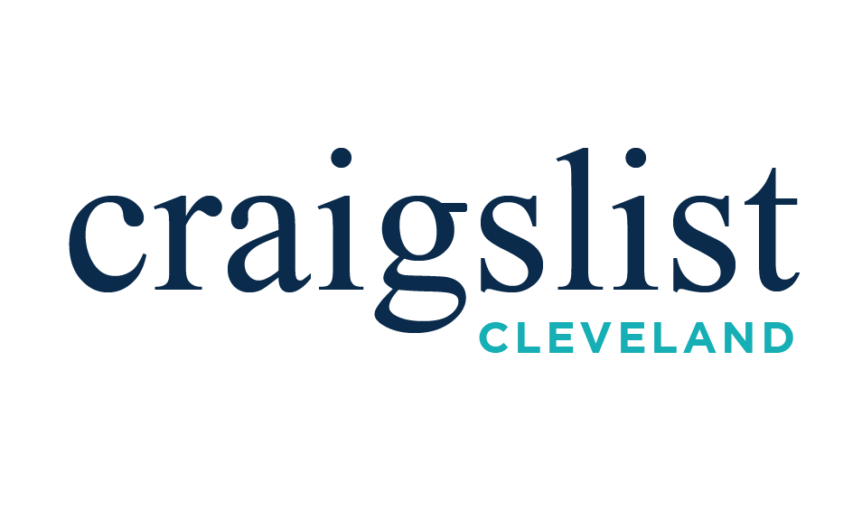 By Christian Reynolds on August 9, 2019 0 Comments

Craigslist is an American website that is devoted to advertising. It has various sections for various visitors. Some of its sections are housing, jobs, community service, etc. What is now a major advertisement website started as an email distribution list in 1995. One year after being set up by Craig Newman, it grew to become a web-based system. Although Craigslist started in San Francisco, it is now a major site in lots of cities in the United States. One of these many cities is Cleveland. At the moment, Cleveland is on the list of top 50 cities in the United States with the most Craigslist visits. Also, Craigslist is now in up to 70 countries of the world.

While Craigslist is easily identified with the United States and with the English Language, it also supports other languages. Some of the languages supported by Craigslist are Portuguese, Spanish, German, French, Italian, etc.

What Led to the Establishment of Craigslist?

Haven just arrived in San Francisco and a little isolated, Craig Newmark made up his mind to develop something similar to MindVox, Usenet, and WELL basically for events taking place in the San Francisco. At the initial stages, Craig Newmark was the one in charge of email postings. These email postings were basically about social events that software developers had an interest in.

After being in operation for a while, there was a rapid increase in the number of subscribers. Soon, the mailing list which was basically for event-related postings started being used for other types of postings. People that were trying to recruit technical staff found Craigslist a perfect avenue to get people to fill vacant positions. As a result of this, the jobs category was created. As the demand for more categories increased, the list also grew. As craigslist grew, those it was serving began making requests for a web interface. After lots of requests for a web interface from community members, Craigslist went live. This happened in 1996.

Craigslist is the 72nd most visited website in the world and the 71st most visited website in the United States. From just the United States, it has over 49.4 million different visitors every month. Also, each month there are over 80 million fresh private adverts. This makes it the main private service in any mechanism. Every month, the job listings that Craigslist receives are up to 2 million. Due to this, it is the number one job platform in the world.

Furthermore, there are millions of listing on the housing section in Craigslist on a monthly basis.

As it stands, there is no certainty about financial and ownership details concerning Craigslist. This is because the firm does not put out such information. Various analysts have come up with various figures of the annual revenue of this firm. Some of these figures are $150 million in 2007, $25 million in 2006, $20 million in 2005, and 410 million in 2004.

While Craigslist has a non-commercial policy and makes its money from ads in chosen cities in the United States. This policy has not changed significantly even though a 25% stake in the company was purchased by eBay. As of 2012, it was believed that Newmark, eBay, and Buckmaster were the board members in Craigslist. Of these three board members, Newmark had the biggest stake.

While Craigslist is used by various people for personal purposes, it is especially used by lesbians, as well as gay men. The reason for this is Craigslist has an open and free identity. Also, in more conservative environments, it might a little more difficult for gay men and lesbians to get partners. The craze for men seeking other men on craigslist is known to be a leading means through which syphilis is spread. Due to this, the San Francisco Department of Public Health officials have put Craigslist under a lot of pressure. Due to this mounting pressure, Jim Buckmaster has come out to make it known that members of the public have to protect themselves as this site does not have the right workforce to do so, That’s not all. Also, Craigslist has put up links to some STD forums and San Francisco City Clinic.

While the personal section of Craigslist was one of the sections with the biggest buzz, it was stopped in 2018. This was done because it was responding to the Stop Enabling Sex Traffickers Act (SESTA).

Controversies with Adult Services On Craigslist

Craigslist once made its site open to all types of people and included in these people were lovers of adult content. Prior to the shutdown of the section for adults content, Craigslist made allowances for individuals interested in adult content. This, however, ended in 2010. This happened after the state’s attorney general claimed that the advertisements in the adult section of Craigslist had a role to play in promoting prostitution.

To ensure that all types of posts that are deemed illegal and inappropriate for the Craigslist website are not put up. Craigslist has come up with a flagging system. Apart from the employees of craigslist playing a role in identifying inappropriate posts and expressions, users of Craigslist are given the authority to flag any posts that are believed to be inappropriate. The amazing thing about the flagging system and why it is very effective is it can be executed by virtually anyone. You do not need to be logged in or have an account on craigslist to be able to flag a post that is a violation of regulations. Once a post gets flagged, it does not get removed immediately. It is only removed after it has been flagged by a certain number of people. While this has gone a long way to ensure that only posts that actually should be removed are taken down, apart from the Craigslist workforce being aware of the number of flags that are needed for a post to be taken down, the members of the public cannot tell what amount of flags a post needs before it is taken down.

Furthermore, in 2006, an editorial was published by the San Francisco Bay Guardian. This editorial claimed the presence and activities of Craigslist was a threat to the success of local newspapers.

Also, L. Gordon Crovitz criticized Craigslist of making use of lawsuits in preventing people from taking actions that they took with newspapers. He claimed this action by Craigslist was contrary to its claims of being on a public service mission and non-commercial. L. Gordon Crovitz put up this article on behalf of The Wall Street Journal in response to lawsuits put up by Craigslist which discouraged competition. One of these lawsuits was a lawsuit against a young Swedish website known as Jameslist.com. This lawsuit was put up by Craigslist on the 11th of July, 2012. Due to this lawsuit, Jameslist had to change its name to JamesEdition if it was going to go on with operations.

You can put up a post on Craigslist Cleveland without having an account. To post on Craigslist, simply visit your account homepage. Once this is done, chose the city you are resident in. If you are resident in Cleveland, you can simply visit Cleveland.craigslist.org and click on “create a posting”. Once done, click on the section you want to make a post on. The next thing to do is paste your post or type it into the space provided. When you are done with your post, click on “continue”.

The next thing to be done is to take time to go through your post all over again. Ensure that everything is done right. If you notice some errors, simply select “edit text” or “edit image”. As soon as you are satisfied with what your post looks like, select “publish”. Posting on Craigslist does not end at clicking the “publish” button, every post you make has to be confirmed via email. After clicking on the “publish” button, the system will notify you to carry out further action. Once you see this notification, look through your mail for a message from Craigslist.

Are Posts on Craigslist Free?

All things being equal, posts on Craigslist are not paid for. There are, however, certain posts that have to be paid for. Some of them include

This is quite simple. Each type of posts has a lifespan. So, to be aware of how long your posts will stay active before expiring, you simply need to go through a list of the lifespan for various posts.

To delete a post made on a certain account, the first thing that needs to be done is to visit the homepage of that account. You can also make use of the link that was provided in the email you made use of in making a post.

While posting on Craigslist, it is important to note that not all forms of postings are allowed. Certain posts that were allowed in the past are now prohibited and will lead to flagging from other users if put up. To be certain of the types of posts allowed and those not allowed, simply go through Craigslist’s terms of use.