You are at:Home»News»Democrats Stage “Romney Economics: The Middle Class Under the Bus Tour” to Follow Romney Bus Tour 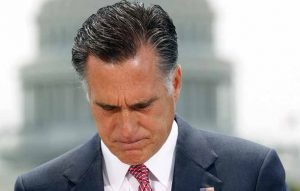 As Mitt Romney prepares for an upcoming bus tour that will take him across several swing states, the presumptive Republican presidential nominee learned that he will have some unwelcome company along for the trip. On Thursday, the Democratic National Committee announced that it will stage it’s own four-day bus tour called “Romney Economics: The Middle Class Under the Bus Tour” alongside Romney’s trip through Virginia, North Carolina, Florida and Ohio.

Democratic organizers said that they would criticize Romney’s record as governor of Massachusetts, as well as his proposals for middle class taxes. The DNC ran a similar bus tour back in June when Romney visited six swing states.

The Democrats tour will feature speakers such as Debbie Wasserman Schultz, the committee’s chairwoman, as well as former Pennsylvania governor Ed Rendell and former Iowa governor Chet Culver. Kathi-Anne Reinstein and David Linsky, both state representatives from Massachusetts, will speak at the opening news conference.

In a news release, the DNC said:

“Throughout Mitt Romney’s career, middle-class families have frequently found themselves thrown under the bus as a result of his failed record and top-down economic policies.”

The DNC’s bus features tire tracks over the words “Middle Class” along with the slogan “Romney Economics: Outsourcing, Offshoring, Out of Touch.”

Earlier this week, the Romney campaign announced its bus tour. This has lead to speculation on what the trip’s itinerary might reveal about his vice presidential pick. Of note is the fact that the final stop is in Ohio, the home state of one of Romney’s top picks for the VP slot, Senator Rob Portman.