You are at:Home»News»Dennis Kucinich Explains His “NO” Vote on $700 Billion Bailout 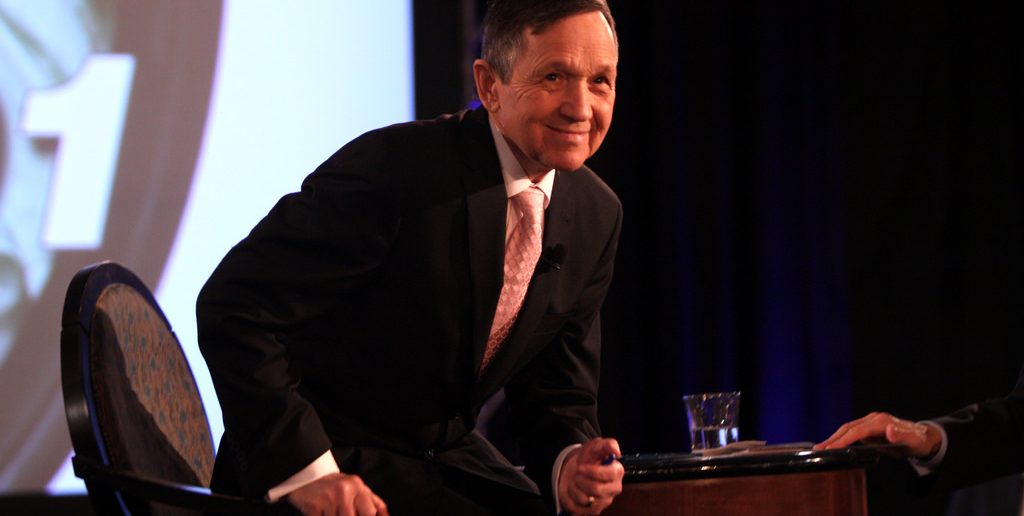 Dennis Kucinich Explains His “NO” Vote on $700 Billion Bailout 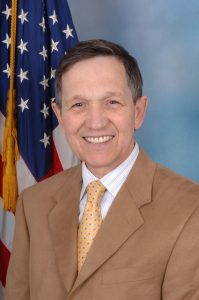 Dennis Kucinich was amongst the minority of Democratic Congressman who voted “NO” on the $700 billion government bailout Monday. In a press release issued Tuesday, the Cleveland congressman explained his decision and reiterated his concern for protecting the interests of taxpayers.

Yesterday marked a day that will go down in history, when Congressional Democrats and Republicans alike took on full responsibility to protect the interests of taxpaying Americans, and defeated the deceptive bail out bill, defying the dictates of the Administration, the House Majority Leadership, the House Minority Leadership and the special interests on Wall Street.

Obviously Congress must consider quickly another course. There are immediate issues which demand attention and responsible action by the Congress so that the taxpayers, their assets, and their futures are protected.

We MUST do something to protect millions of Americans whose homes, bank deposits, investments, and pensions are at risk in a financial system that has become seriously corrupted. We are told that we must stabilize markets in order for the people to be protected. I think we need to protect peoples’ homes, bank deposits, investments, and pensions, to order to stabilize the market.

We cannot delay taking action. But the action must benefit all Americans, not just a privileged few. Otherwise, more plans will fail, and the financial security of everyone will be at risk.

The $700 billion bailout would have added to our existing unbearable load of national debt, trade deficits, and the cost of paying for the war. It would have been a disaster for the American public and the government for decades and maybe even centuries to come.

To be sure, there are many different reasons why people voted against the bailout. The legislation did not regard in any meaningful way the plight of millions of Americans who are about to lose their homes. It did nothing to strengthen existing regulatory structures or impose new ones at the Securities and Exchange Commission and the Federal Reserve in order to protect investors. There were no direct protections for bank depositors. There was nothing to stop further speculation, which is what brought us into this mess in the first place.

This was a bailout for some firms (and investors) on Wall Street, with the idea that in doing so there would be certain, unspecified, general benefits to the economy.

This is a perfect time to open a broader discussion about our financial system, especially our monetary system. Such a discussion is like searching for a needle in a haystack, and then, upon finding it, discussing its qualities at great length. Let me briefly describe the haystack instead.

Here is a very quick explanation of the $700 billion bailout within the context of the mechanics of our monetary and banking system:

This is the system. This is the standard mechanism used to expand the money supply on a daily basis not a special one designed only for the “$700 billion” transaction. People will explain this to you in many different ways, but this is what it comes down to.

The banks needed Congress’ approval. Of course in this topsy turvy world, it is the banks which set the terms of the money they are borrowing from the taxpayers. And what do we get for this transaction? Long term debt enslavement of our country. We get to pay back to the banks trillions of dollars ($700 billion with compounded interest) and the banks give us their bad debt which they cull from everywhere in the world.

Who could turn down a deal like this? I did.

The globalization of the debt puts the United States in the position that in order to repay the money that we borrow from the banks (for the banks) we could be forced to accept International Monetary Fund dictates which involve cutting health, social security benefits and all other social spending in addition to reducing wages and exploiting our natural resources. This inevitably leads to a loss of economic, social and political freedom.