You are at:Home»Sports»Kyrie Irving Will Be Traded: Ex-Cavs GM David Griffin Believes 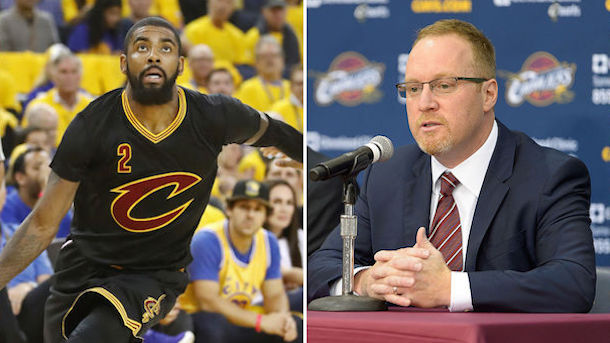 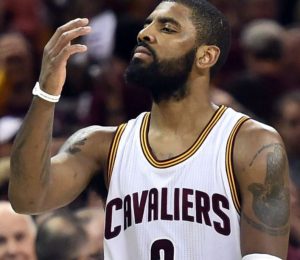 We all know the buzz around Kyrie Irving and the Cleveland Cavaliers these days.  Kyrie Irving wants out of Cleveland because he is not happy in the current situation with LeBron James and the Cavs.

Much debate has come from the news and everybody has their opinion on what they think will happen as well as what they want to happen.  The former General Manager of the Cleveland Cavs, David Griffin, put his two cents in and said he thinks Kyrie Irving will be traded from Cleveland.

David Griffin agrees and praises Kyrie for handling the situation the way he did by having a private meeting with the owner of the team (Dan Gilbert).  He did not take the announcement to Twitter right away like most athletes do in this day and age.

The kind of unhappiness that Kyrie is feeling could be crippling to a team’s success.  We all know how the old adage goes, a team is only as strong as their weakest link.  Feelings like that have a snowball effect and can really affect the morale and chemistry of a team.

People feel Kyrie is making a poor decision leaving a Contender (Cavs).  Remember though that Kyrie signed his contract extension (the huge 5 year – $94 million deal) back in 2014 and that was before LeBron came back to Cleveland.  So, things have changed and “LeBron casts a very large shadow over an organization,” says Griffin.

Griffin also went on to say:

“I see this as him looking for a fit for himself, to take the next step in his career. I think this is a guy who wants to know how good he can be. LeBron casts a very large shadow over an organization. And most of it is really, really positive. You know you are expected to win a championship by way of example. But what that doesn’t always allow is for a player like Kyrie to test his boundaries and see how good he can really be, and can I really be the front man of a team like that.”