You are at:Home»Sports»Lake County Captains
Sports

By ClevelandLeader Staff on November 30, 2017 0 Comments 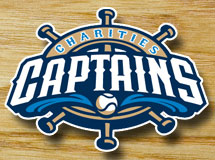 The Lake County Captains are an American professional baseball team that serves as the Class-A affiliate of the Cleveland Indians, Cleveland, Ohio’s Major League Baseball team, and plays their games in the Midwest League.

The organization was founded in 1991 in Columbus, Georgia and went by the nickname of the Columbus Indians originally and then switched to the Columbus Redstixx after the 1991 season.

Columbus officially moved to Eastlake, Ohio and formed the Lake County Captains prior to the 2003 season and began to call Classic Park home. Classic Park gets its name after coming to a naming agreement with local auto dealership chain Classic Automotive Group.

Their first year in Lake County ended up being the end of a nice run. After continuing to place themselves towards the top of the standings year-after-year and after owning a 97-43 record, which was the best regular season record in professional baseball, in the 2003 season, the Captains failed to claim another division title until 2008.

After the 2009 season, the Captains were shuffled over to the Midwest League after the Columbus Catfish, who took over for the Redstixx in 2003, moved again. This time moving to Bowling Green, Kentucky and eventually going by the nickname Bowling Green Hot Rods.

The move was a good one for Lake County allowing them to be closer to their competition than before. In the previous years playing in the South Atlantic League, their closest opponent was the West Virginia Power in Charleston, West Virginia, which equated to a 256-mile drive from Classic Park.

In 2010 the Captains hit the peak of their brief history, earning the first-half Eastern Division Champion title as well as going on to become the Midwest League Champions altogether. In that series, Lake County took it from the Clinton Lumberkings (Seattle Mariners Class-A team) three games to two winning the clinching game with a score of three to two after three straight innings (5-6-7) of scoring one run in each. The winning pitcher was Jeremy Johnson.

The organization as a whole, dating back to their Columbus days, has produced more than a few notable players that went on to play Major League Baseball.

Branyan currently holds the franchise record for most home runs hit in a season with 40 in 1996.

Zach Harley is a freelancer out of Parma, Ohio.