You are at:Home»Sports»Lebron James wears “I Can’t Breathe” T-shirt at Barclays Arena 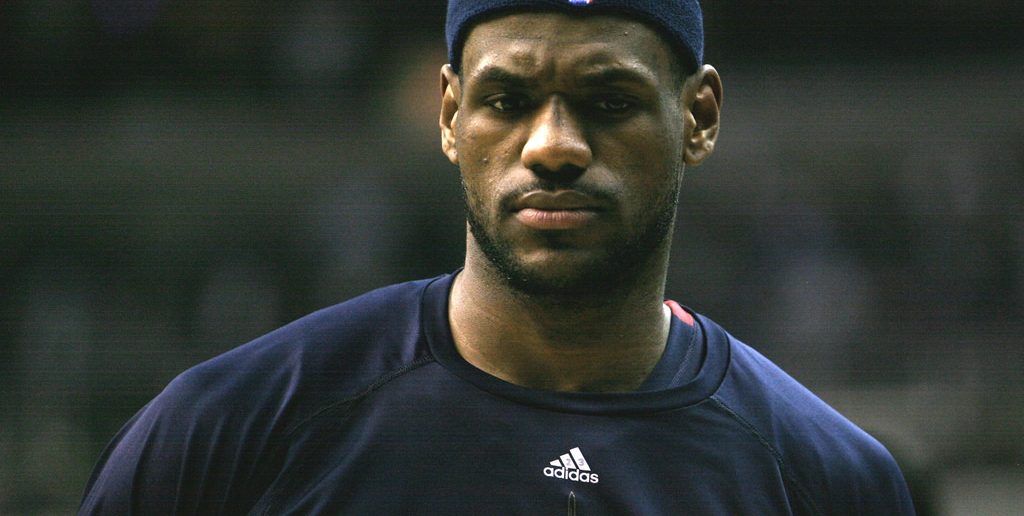 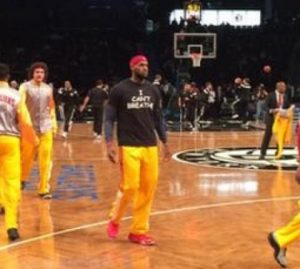 In warmups before the basketball game where the Cavs play the Brooklyn Nets in New York, Lebron James sported the “I Can’t Breathe” t-shirt which is rapidly becoming the three words most associated with the names Eric Ganer, Tamir Rice, and Michael Brown, all killed by police officers, Tamir Rice being killed at the age of 12 in Lebron’s home city, Cleveland.

Attending the game are the Duke of Cambridge Prince William and his wife Kate Middleton.

This game was not played at the Quicken Loans Arena – Home of the Cleveland Cavs.