You are at:Home»News»New Burger King Pizza Burger Includes over 2,500 Calories 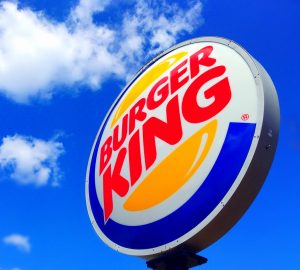 This could truly be called a “heart attack on a plate” – Burger King is set to introduce the NY Pizza Burger in midtown Manhattan next month, which includes four Whoppers and a jaw-dropping 2,520 calories..

The Whoppers are topped with pepperoni, mozzarella and marinara sauce and are stacked on a 9 1/2 inch sesame seed bun. The Pizza Burger is not meant to be eaten by just one person, and is cut into six slices, just like a pizza.

The NY Pizza Burger won’t be popping up in Burger Kings around the country. It will instead be added to the menu at the Whopper Bar in Times Square, which is open 24-hours a day, seven days a week. Each serving, or slice, contains 420 calories and 24 grams of fat, which is a lot more in line with normal burgers. Eating the whole thing, however, would be a huge mistake unless that’s all you’re planning on eating or drinking for the entire day.

The company’s flagship location in NYC is an “innovation lab” to showcase new BK products. Other interesting options available on the menu there inclue the Meat Beast Whopper, which is another NY exclusive featuring beef, bacon, pepperoni, American cheese and mayo. They’ve also got the Pepper Bacon Steakhouse burger featuring bacon and melted cheddar cheese, and the California Whopper that features bacon, swiss cheese and guacamole.