You are at:Home»News»PD Staff Members Dress In Black Today 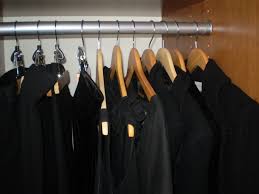 See addition to article below. Also note that Damian Guevara took the buyout as did April McClellan-Copeland and Jesse Tinsley.

Plain Dealer editorial staff dressed in black today, according to staff members, as the news dribbled in that colleagues had gotten the dreaded call that they were no longer needed.

The sorrowful tone at the Plain Dealer offices reminded some news watchers of the demise of the Cleveland Press in 1982.

The names of people who received the call from Editor Susan Goldberg this morning include some well-known bylines and a number of unfamiliar names to many readers. They receive two weeks pay for every year they worked at the newspaper.

We had reported here earlier the names of Sam Fulwood, Scott and Chris Stephens, Alana Baranick, Wally Guenther, Karen Sandstrom, Molly Kavanaugh, Joel Rutchick, John Campanelli, Fran Henry, Mary Vanac and Chris Seper. Some of those who decided to leave were not staff members the Plain Dealer wanted to lose.

Management “basically could lay off anyone it wanted,” said a reporter, noting that seniority – often the major factor in layoffs where there are unions – was only one of a number of determining factors, and not the top factor.

Staff members, I was told, also were wearing a sticker that said, “Pledge,” a take on the Newhouse owners’ “pledge” of no layoffs for management people. Some believed that had a number of unnecessary managers been forced to retire more of the editorial staff jobs could have been saved.

Editorial staffers will be meeting tonight at 6 p. m. at Becky’s, a bar on E. 18th street, not far from the downtown PD editorial offices to “drown sorrows” and “commiserate,” said a PD reporter.

Campanelli, cited above, has rescinded his buyout (those who took buyouts had a period of time to change) and has been kept by the PD.

Goldberg was quoted by a reporter as having said to those dismissed that “you were selected” to be dumped. Not exactly the best choice of words to hear.

Others reported to have been told they were dismissed include the following: Sara Hollander, Eric Marched, Linda Steward Degraff, A. J. Janke, Lisa Higgs, Milan Ketchum, Amy Richard, Diane Behrens, Carl Matzelle, a 35-yer employee and a reporter who had been a librarian, Greg Richards, Doris Staneff, Bill Bevins and John Spetz, a long-timer at the PD and a wonderful individual with a very large family.

I don’t know all of these people but certainly there are tragic stories with each one, as there are with so many workers now facing the loss of jobs.