You are at:Home»Sports»Quicken Loans Arena – Home of Cavs, Monsters & Gladiators 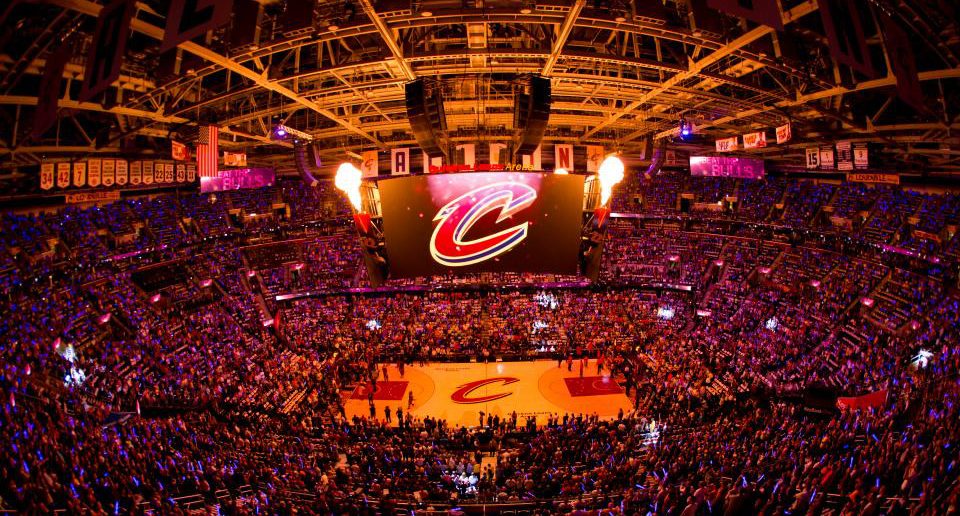 It goes by many different names like The Q, The Q Arena, Cleveland Cavs Arena and more.

Originally opened in 1994, the arena was owned by Gordon Gund, the then-owner of the Cavaliers, and was named after Gund as the Gund Arena, after Gund purchased the naming rights to the arena.

“The Q” as its affectionately called in Cleveland, took $100 million to build and was opened in October of 1994.

In addition to hosting the MAC tournament annually, “The Q” also has played host to the 2007 NCAA women’s basketball Final Four as well as the 2000 and 2000 U.S. Figure Skating Championships.

Currently, Quicken Loans Arena holds 20,562 for basketball games and holds a capacity of 20,056 for hockey games.

The 20,562 is the second largest capacity for an NBA team in the league.

Being a multi-purpose arena, “The Q” is in use year-long and regularly hosts big-name concerts. Its first was Billy Joel on October 17, 1994.

In 2016, Cleveland was awarded the Republican National Convention and was placed at Quicken Loans Arena from July 18 through July 21. This coming just a month after the Cavaliers won the NBA Finals for the first time in franchise history.

On the hockey side, Quicken Loans Arena has hosted a Calder Cup, the AHL’s championship series as well as ArenaBowl XXVII as the Cleveland Gladiators made a title run as well.

The Cavaliers opened up play at the then-Gund Arena on November 8, 1994 against the Houston Rockets.

In 2005, the Gund family sold the Cavaliers to Detroit mogul Dan Gilbert who not only purchased the team, but naming rights to the arena as well. Gilbert changed the name to Quicken Loans Arena which makes sense since he owns Quicken Loans Insurance Company.

With Gilbert now owning the Cavaliers, major renovations to the arena took place in the following years. The Quicken Loans owner decided to add new wine-colored seats to match the Cavaliers colors as well as a state-of-the-art scoreboard, new video systems and audio systems, new arena signage and upgrades to security, locker rooms and suites.