You are at:Home»News»Sarah Palin’s Political Career May Be in Peril Over Gunsight Target Map 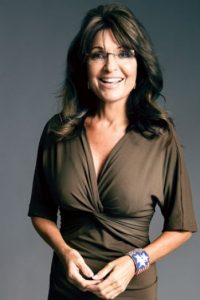 It is probably never a good idea to use imagery of a gunsight target map against people who have differing viewpoints. Now that someone has acted out in violence towards Congresswoman Gabrielle Giffords, it is safe to assume that it derailed any chance at Sarah Palin winning an election for the White House.

Palin endorsed Jesse Kelly, who ran against Giffords, who used the tagline:

“Get on Target for Victory in November. Help remove Gabrielle Giffords from office. Shoot a fully automatic M16 with Jesse Kelly.”

It is hardly the most responsible thing to endorse a canadiate who uses overtones of violence in their election campaigns.

Making matters worse for Palin is her involvement with targets, in the form of crosshairs, of Congressional districts that were carried by the GOP in 2008 Presidential election with sitting members of congress who voted for the controversial health care bill.