You are at:Home»Community»Stockton Takes Over for Cleveland as the Nation’s Most Miserable City 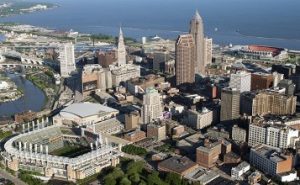 Cleveland is no longer the United States’ most miserable city, at least according to Forbes’ annual ranking. Cleveland fell back all the way to No. 10 this year, down from No. 1 in 2010.
So just how did Cleveland manage to become a little less miserable? According to Forbes:

“Cleveland’s unemployment rate rose slightly in 2010 to an average of 9.3%, but the city’s unemployment rank improved relative to other cities, thanks to soaring job losses across the U.S. Cleveland benefited from a housing market that never overheated and therefore hasn’t crashed as much as many other metros.”

But it wasn’t all good news for Cleveland. Forbes noted that Cleveland “was the only city to rank in the bottom half of each of the 10 categories we considered.”
Categories considered include: unemployment, crime, taxes, housing values and factors like the weather, commute times and how the local sports teams are doing that “elevate people’s blood pressure.”
Forbes says that for 2011, Stockton, California is the most miserable city. Seven other California cities also made the top 20 list. Ohio had two other cities on the list – Toledo (No. 12) and Youngstown (No. 14).