You are at:Home»Sports»The Cleveland Sports Curse

Cleveland’s sports curse ranged from 1964 to 2016, spanning 147 professional sports seasons which also includes the short-lived Cleveland Barons, a National Hockey League (NHL) team that resided in Cleveland from 1976 to 1978.

We can start the conversation with the Browns since they are Cleveland’s most popular team.

After winning the Championship in 1964, the Browns failed to return to the game since then.

Over the course of the now 53 years since that championship, Cleveland’s football darlings had come close but never succeeded. Numerous short-comings include “The Drive,” “The Fumble,” “Red Right 88,” the team moving to Baltimore in 1995 and the team’s return in 1999.

With the Browns out of playoff contention, this will make the 53rd Super Bowl in NFL history that the Browns have not been a part of. Only the Jacksonville Jaguars, Detroit Lions and the Houston Texans can say the same. Although none of the four teams have seen a Super Bowl, only the Browns and Lions existed previous to the 1995 season, with Jacksonville joining in 1995 while Houston joined the league as an expansion team in 2002.

On to the Cleveland Indians now, and for better or for worse, have appeared to be closest to a championship victory than any other team in Cleveland entering the current decade.

With the Indians, it started with the “Curse of Colavito” in 1960 when Cleveland traded its star to the Detroit Tigers for outfield Harvey Kuenn. Kuenn was shipped to San Francisco a year later while Colavito went on to star for Detroit for three years. It was another footnote in the almost horrendous list of trades made by the Indians General Manager Frank Lane.

Cleveland struggled for the three decades following the trade up until the 1990s where they moved into their new ballpark, Jacobs Field, and found themselves in the heat of the pennant race every year.  They now play at Progressive Field (aka Cleveland Indians Stadium). 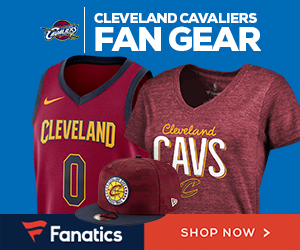 Pennant races didn’t equal World Series trophies as the Indians went up against “The Team of the Decade” in the Atlanta Braves in the 1995 World Series, losing four games to two. Two years later the Tribe again reached the World Series but would lose in 11 innings in a Game Seven matchup against the Florida Marlins, now the Miami Marlins.

After a rebuilding phase during the early 2000s, the Indians returned to the playoffs in 2007 only to lose to the Boston Red Sox in the American League Championship Series after gaining a three-game to one lead.

The Tribe would make its first return to the World Series since 1997 in 2016, but would lose to the Chicago Cubs after, again, gaining a three-game to one lead.

Cleveland’s 2017 season was supposed to be “the one,” but blew a two game to zero lead over the New York Yankees in the American League Divisional Series.

Now we get to the Cavaliers, who for most of their history, were flat out atrocious. They made a nice run in the 1990s, behind guard Mark Price and forward Brad Daughery they would gain almost annual access to the playoffs. But those were Jordan’s years, not Cleveland’s.

Then 2003 happened, where Cleveland held the first pick in the draft and selected a man by the name of LeBron James, the forward out of local Akron, Ohio, who would go on to win numerous awards during his Cavs career.

James took his team made up of pieces from the Island of Misfit Toys to the NBA Finals in 2007, their first berth to the Finals since the incarnation in 1970. Cleveland would be swept four games to none by the San Antonio Spurs.

July 8, 2010. A day of infamy and sadness for the Cleveland faithful. It was the day of “The Decision” where James took his talents to South Beach and teamed up with All-Stars Dwayne Wade and Chris Bosh, playing for the Miami Heat.

Cleveland would go on to lead four terrible years, sitting towards the bottom of the NBA standings during all four of those years.

But then James returned, in the summer of 2014, and everything changed.

After trading number one overall pick Andrew Wiggins to the Minnesota Timberwolves for All-Star forward Kevin Love, James had assembled yet again, another “Big 3” with guard Kyrie Irving as the third star. 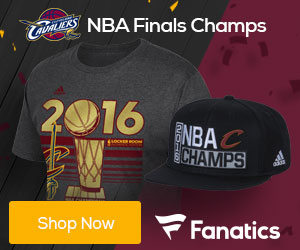 Cleveland would go on to lose the 2015 NBA Finals, their second appearance in team history, to the Golden State Warriors four games to two, after Love was injured in an earlier round of the playoffs and Irving injured in Game One of the series.

The curse would finally be broken though. On June 19, 2016, after going down three games to one by the same Golden State Warriors, James and company muscled their way all the way back to force a Game Seven. The Cavs would go on to win that Game Seven by the score of 93-89, marking the first major sports championship in Cleveland since 1964.

The curse was lifted, thanks to LeBron James.