You are at:Home»Entertainment»The MONOLITH Tour // June 16th at Blossom Pavilion – 30 Seconds to Mars, Walk the Moon, MisterWives and Joywave 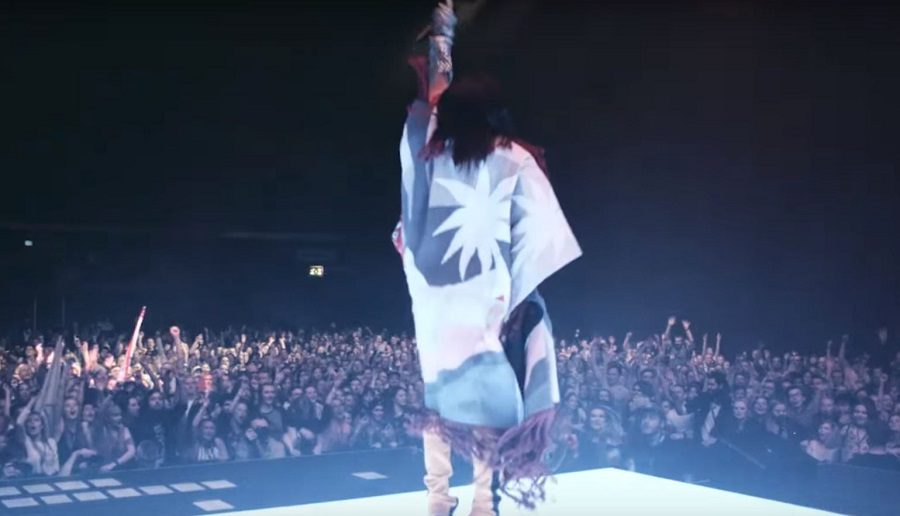 Many fans arrived at 6 pm to check out the Joywave Set followed by MisterWives. The weather was great in Cleveland, Ohio and it was a perfect evening for an outdoor concert.

Walk the Moon took the stage around 8 pm. Before the band appeared Circle of Life (Elton John) played. The show opened with one of the band’s most recent hits “One Foot”. The entire show was full of energy as expected from WTM. I’ve personally seen them a few times before and as always, they are a fun and energetic band to see live.

The set list included “Different Colors”, “Surrender”, “Shut Up and Dance” and a personal favorite “Tightrope”. WTM ended their set with “Anna Sun”, which was one of their most popular songs from their 2010 album.

The stage was quickly transformed for 30 Seconds to Mars. It was a unique set up. One that I can say I haven’t seen in the past. The band equipment was placed to both sides of the stage, so Jared Leto would have plenty of room to jump and dance around.

Behind the band were fans that were taken from the pit area and placed on the stage. Two huge screens were the backdrop for the evening. They filled the entire stage and changed colors throughout the night.

It was around 9:30 pm when 30 Seconds to Mars appeared and performed Monolith. Leto walked the entire stage with his arms open wide trying to engage the crowd. Wearing sparkling gold gloves, sunglasses and a flowing colorful kimono he instructed the crowd to jump and of course everyone jumped.

Following Monolith was “Up in the Air”, “Kings and Queens” and “This is War”. During “Dangerous Night” large balloons dropped from the ceiling and filled the pavilion. Fans also heard “Rescue Me”, “Great Wide Open” and “Remedy” which was performed by Shannon Leto. Shannon founded the band with his brother Jared and plays drums.

Then the moment fans were waiting for. “Who wants to come on stage”? Jared screamed. Fans joined Leto and his band for “Closer to the Edge” to close out the show. A night to remember for many.