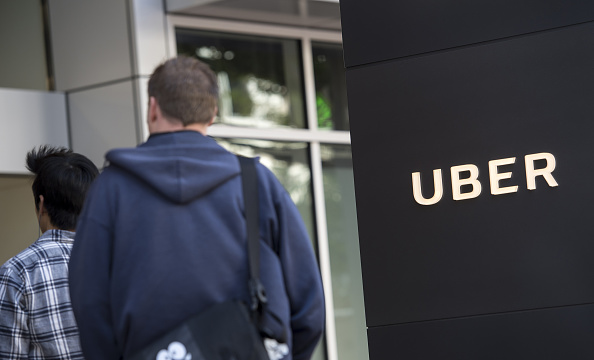 Benchmark Capital, a venture capital firm, and an early Uber investor has filed a lawsuit seeking to eject Travis Kalanick off the board of directors. The investor is also looking to force Kalanick to rescind his powers to select three board members.

Kalanick, who was forced to resign from Uber Technologies Inc. in June, is alleged to have failed to reveal to the company’s board a range of misdeeds that have hurt the reputation of the company. The lawsuit also alleges that the ex-CEO is scheming to retain power at the ride-services company.

This is a new twist to the scandals that have hit the company of late, and it is expected to make the search for a new CEO even more difficult.

With a 13 percent ownership, Benchmark has a 20 percent voting power in the firm. The lawsuit has been termed as completely force by Kalanick. In a statement, Kalanick accused Benchmark Capital of “acting in its own best interest” as opposed to acting in the best interest of the company.

While asked to comment on the statement, Benchmark Capital and Uber declined. However, the lawsuit marks a rare occurrence of an investor in Silicon Valley suing one of the founders of a start-up. This is expected to change the way investors deal with start-up founders in the future.

Technology investors around Silicon Valley termed this as “the nuclear option” for a venture capital firm. Uber Technologies is valued at $68 billion with Benchmark Capital share totaling $9 billion.

Sources close of Uber scandals indicated that Bill Gurley, who led Benchmark Capital into Uber had resigned from the board due to a growing concern about Kalanick’s behavior. Gurley had acted as Kalanick’s close confidant and mentor.

Uber scandals include a lawsuit by Waymo of Alphabet Inc., sexual harassment, and Kalanick’s alleged misconduct. These scandals have led to halting of the Uber’s self-driving car after the engineer at the center of its development left the company. The company has also dismissed several of its top executives due to those scandals.

The current lawsuit was filed in a Delaware court on Thursday 10th August 2017. The lawsuit accuses Kalanick of knowingly misleading the board to agreeing to increase the board members to 11 from eight, with Kalanick solely involved in filling the extra seats.

In the lawsuit, Benchmark claims that it would not have agreed to give Kalanick the right to fill up three seats if it had known about his gross misconduct and mismanagement of the company. After being forced to resign, Kalanick appointed himself to the board and he has a right to select two other members to the board. The two remaining seats are vacant.

Early this week, Uber Chairman and co-founder Garret Camp confirmed to the employees that Kalanick was not coming back as CEO. With this statement and now the lawsuit, Ben Narasin a venture capitalist in the Silicon Valley is convinced that Kalanick “is done.”

The lawsuit, which was first reported by Axios news website, alleges that Kalanick is scheming to regain power at Uber by “packing the board” with his own confidants. Benchmark urged the court to issue an injunction blocking Kalanick from exercising his right to appoint new directors. The lawsuit cites an agreement entered with Kalanick indicating that he would give up those rights when he resigned as CEO.

According to Benchmark Capital, Kalanick’s continued role at Uber has dire consequences on the company’s efforts to seek the next chief executive officer. The investor indicated that some of the top CEOs are scared to take up the job.