You are at:Home»News»US Firm Says It Has Better Deal Than Sunpu-Opt

US Firm Says It Has Better Deal Than Sunpu-Opt 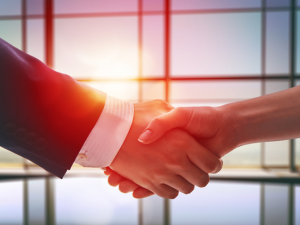 U.S Firm Says It Has Better Deal Than Sunpu-Opt

A Florida firm, Global Tech LED, says it can offer Cleveland a better and faster paying deal than Sunpu-Opto, a Chinese firm that Mayor Jackson wants to give a no-bid 10-year deal.

It says that it will meet the same terms and condition set with the Sunpu-Opto deal. But the article, dated May 10, said that Global claims it could do the job “sooner and more cost effectively” than the offer the city has with the firm from China.

The normal city bid rules require bidding on contracts of more than $50,000. Jackson wants to be bypassed by Council. The Council leadership has been unable to get a two-thirds vote, which would send the measure to Jackson for signing. A third and final vote would require a simple majority for passage. It would then be sent to Jackson for signing into law.

The information on Global comes from a magazine article sent to me by e-mail. The magazine is known as LEDs Magazine. Its web site calls itself the “leading global information source for LED market.”

LED are the types of technologically advanced lighting that the Chinese company has promised to establish global headquarters here in exchange for a 10-year deal with the city. The city would buy products for Cleveland Public Power and other city lighting uses. The company has promised some 350 jobs at its facilities here.