You are at:Home»News»Winner of 2008 Presidential Elections Might Not Be Known Until At Least 10 Days Later 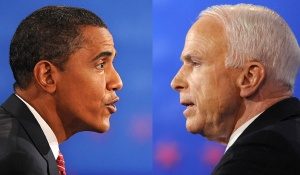 Democratic presidential candidate Barack Obama has been warned that he may need to wait until 10 days after the Nov. 4 presidential election to find out if he has won, if the race is close. In a tight race, votes from Americans abroad could be the deciding factor, and some of those aren’t counted until after Election Day.

According to the latest polls, Obama has a comfortable lead over Republican John McCain. But in more than a dozen swing states, a shift of just a few percentage points could swing the majority of electoral votes McCain’s way.

Ohio, Florida, Michigan, and Pennsylvania – all important battleground states this election season – won’t count overseas ballots until Nov. 14. Other states that count absentee ballots late include California, Iowa, and Texas, although Obama has an edge in California and Iowa, and a win is likely Texas for McCain.

States such as Ohio, however, where Bush won by just 110,000 votes in the last election may not just be relying on the votes of overseas voters. Having mailed absentee ballot registration forms to all registered Ohio voters this year, we may likely see an increase in absentee voters using this method simply for the convenience factor, and not out of necessity. Without the absentee ballots being counted, it’s not likely either candidate will concede a state this time around until they’ve been counted. Disputes over voter fraud, and other complications which may arise also threaten to delay the results. Therefore, it seems even more likely that in a very close race, Nov. 14 might be the day that we know the true winner of the 2008 presidential race.