You are at:Home»News»Woman Stabbed Boyfriend Because He Wouldn’t Show Her His Facebook Page 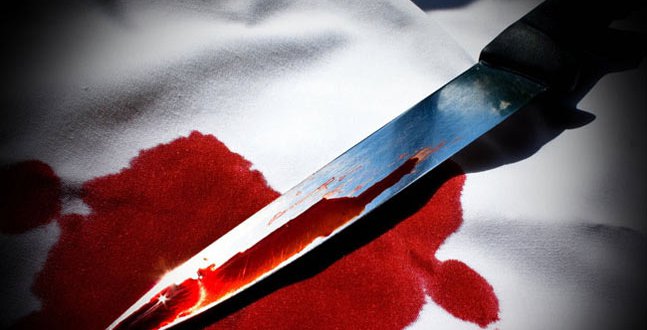 Shemicka McVey, 21 of Indianapolis, stabbed her boyfriend, Maurice Davenport, with a kitchen knife during an argument after he wouldn’t let her see his Facebook page.

Davenport, 22, told police that he “had gotten into a verbal altercation over a Facebook page” with McVey, his live-in girlfriend. He suffered a laceration to his left bicep. Police noted that Davenport reported struggling with McVey over a laptop computer “because McVey was attempting to view his webpage and he was attempting to keep her from viewing it.”

The police report did not indicate why Davenport did not want her to view his Facebook page.

McVey told officers that she followed Davenport downstairs where they continued to argue over the Facebook page, and it was then that McVey says she accidentally slashed Davenport with a knife that she got from the kitchen. McVey alleges that he punched her in the head and that they each pushed the other.

Neither Davenport nor McVey was charged in the domestic dispute. The two remain Facebook friends.